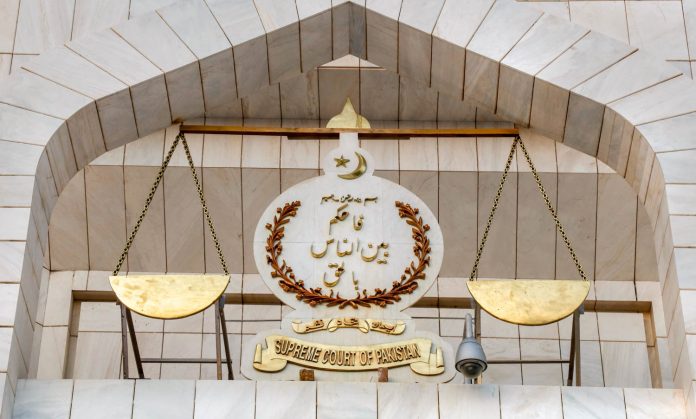 Pakistan’s Supreme Court expressed annoyance over the fact that police had become the complainant in some of the blasphemy cases. The court was hearing a blasphemy case against a 65-year-old. The court remarked that it is the job of the police to provide security and not to become plaintiff.

The Supreme Court’s bench hearing this case comprised of two members; namely Justice Qazi Faez Isa and Justice Muhammad Amin. The bench presided over by Justice Isa granted bail to the accused, due to lack of interest shown by the prosecution. It was alleged that the 65-year-old suspect had worshiped by circling a local shrine in Shujaabad. Furthermore, the court reprimanded the police for not registering the First Information Report (FIR) for nearly five days after the alleged incident. The FIR was registered after five days, the incident occurred.

Furthermore, the court lambasted the police for becoming a plaintiff in this case. “The job of the prosecution is to assist the judiciary and not defend such cases,” Justice Isa remarked.