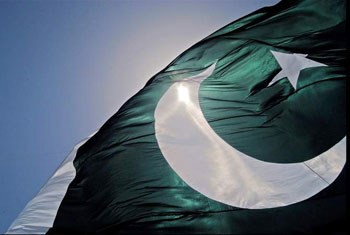 The Universal Declaration of Human rights Article 18 stated as:

“Everyone has the right to freedom of thought, conscience and religion; this right includes freedom to change his religion or belief, and freedom, either alone or in community with others and in public or private, to manifest his religion or belief in teaching, practice, worship and observance”

The constitution of Islamic Republic of Pakistan states that every citizen shall have the right to profess, practice, and propagate his religion. However, in reality the Government imposes limits on freedom of religion and freedom of expression or speech is constitutionally subject to restrictions imposed by law.

Pakistan was created to be the homeland for all the religious minorities of India. The founder of Pakistan Mr. Muhammad Ali Jinnah did not envisage it as an Islamic state.

However, today Pakistani government is failing to protect the rights of religious minorities in Pakistan. Discriminatory legislation and the Government’s failure to take action against extreme forces hostile to those who practice a different faith has encouraged the extremists to perpetrate violence and intimidation against religious minorities in Pakistan.

In 1973, according to the new Constitution of Pakistan all the religious minorities were barred from any commanding posts in the armed forces or from heading the Government.

Muhammad Zia-ul-Haq’s controversial Islamization policies of the 1980s, to fight against Russian invasion in Afghanistan, opened the doors to religious terrorism in Pakistan. He welcomed Mujahideen from the Arab world, Chechnya, Uzbekistan, Indonesia and elsewhere  to fight against the Soviet Union. He established thousands of Madrasas to train these Mujahideen. During this era Osama Bin laden along with thousands of his Arab terrorist entered Pakistan causing the country to become a nursery for extremists.

As President of Pakistan, Zia made every possible effort to make Pakistan a pure Sharia country. After the Afghan-Soviet war these Mujahideen were never disarmed and were activated as Lashkar-e-Taiba, Harkut-ul-Mujahideen, Saipa-e-Shaba and Al-Qaeeda led by Bin Laden.

This entire situation led to the persecution of religious communities in Pakistan and to the incorporation of Islamic Laws into the state.  The 8th amendment to the Constitution made by Zia Ul Haq was the beginning of religious extremism in Pakistan; later on when Muhammad Nawaz Sharif took charge as elected Prime Minister of Pakistan he enforced the Shariat Bill in May 1991 and promoted the Anti-Christian elements in society.  The 8th Amendment also and the empowerment provided by the Sharif government created new conflict in Pakistani society!

Christians, the most peaceful community in Pakistan, was targeted by the strict blasphemy law and hundreds of cases were registered against the Christian community.  A Christian exodus resulted in 2009 when “Christian Colonies villages and neighborhoods” in Punjab were attacked by the “Muslim Extremists.”  Hundreds of houses were torched and several people were burnt alive. Hundreds of Christians from Gojra and Korian village fled from Pakistan and took refuge in Sri-Lanka, Thailand, Hong Kong and Malaysia in order to preserve their lives and avoid future persecution. This whole episode further accelerated when in March 2013 Islamic fanatics attacked Christian Colony in Badami Bagh Lahore. According to our own survey there are 14,000 Pakistani Christian Asylum seekers in East Asia and South Asia!

Rather than addressing the root causes to end the exodus, the Pakistani Government,  the same Government that failed to provide protection to Pakistani Christians and other Religious minorities, now uses state power to  prevent the migration of  of these persecuted groups to the relative safety of neighbouring countries.

A few months ago, Pakistani authorities intercepted Christians who were travelling to join flights bound for Sri Lanka, Malaysia, Thailand, Singapore and Hong Kong. More than 1000 Pakistani Christians were illegally removed from their confirmed flights from Islamabad, Karachi and Lahore Airports. It was the first step to end this mass exodus.

This action was against basic international norms and principles which state that the host country receiving such refugees cannot arrest anyone who is registered with UNHCR, unless a specific request in sent via Interpol. The action by the Sri-Lankan authorities was therefore illegal under international law.  It seems that something sinister might be taking place behind the scenes to ensure that Pakistani asylum seekers are deported back to their country of origin.

When the Pakistani Government has failed to save its own sensitive installations from the terrorists, how can they protect the vulnerable and defenseless religious minorities from terrorist organizations? And why they are feeling affront?

Even the Foreign Office spokesperson Tasnim Aslam stated “These people [asylum seekers] obtained asylum in Sri Lanka by badmouthing Pakistan. If they are in trouble, I have no idea.” If Pakistani officials are concerned about the A religious minorities fleeing Pakistan then they should make Pakistan a State for all Religions and control the religious extremists. Since they have failed to protect such minorities they have no right to stop them.

The international community needs to act as a matter of urgency bring an end to religious persecution in Pakistan.  It is not willing to do this it should meet its obligations under international humanitarian law and ensure that those fleeing persecution are afforded their legal rights in receiving countries.Help Pakistan’s religious minorities – PLEASE LET THEM LIVE!!!