Nigeria Is One Of The Scariest Places To Be A Christian, Open Doors Claims 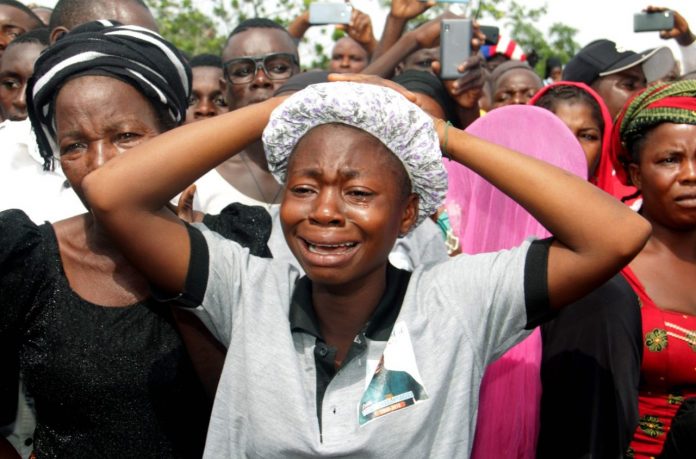 The first three months of this year saw at least 896 killings of civilians in Nigeria. Open Doors a persecution watch dog reports that this number includes hundreds of Christians, who had been killed because of their faith.

A Nigeria based research firm SBM Intelligence, blames the attacks on terrorist outfits namely Boko Haram and Islamic State in West Africa Province (ISWAP), Fulani herdsmen and other violent groups. Open Doors claim that most Christians are killed in Nigeria because of their religion than rest of the world. Illia Djadi, said “Nigeria is currently one of the scariest places to be a Christian.”  Illia Djadi is Open Door’s analyst for Sub-Saharan Africa.

Christians reside mostly in Sothern Nigeria. Christians make up about 46% of Nigeria’s total population of 215 million. Nigerian Christians are facing extreme and oftentimes, brutal. The attacks perpetrated by the Islamic terrorist groups mostly affect the Christians living in the Muslim majority area in North Nigeria. But the persecution is not spreading in the southern part of the country too.

Although the terrorist outfits target civilians but Christians are targeted specifically because of their faith. Boko Haram and the Islamic State West Africa Province (ISWAP), have ardently expressed their desire to annihilate Christian population in Nigeria.