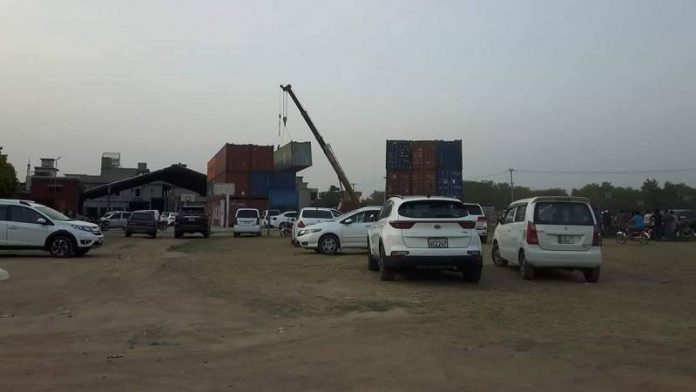 Following PTI’s ardent preparations for a political fete at Christian Training Institute’s ground, Christians from across the country burst in protests. In this regard, local Christian leaders had been condemning PTI for arranging a fete on May 14, without the permission of CTI’s administration.

As a result of strong disapproval and outcry from Christians, PTI has opted for another venue. CTI’s administration and Christians claimed that the ground was only used for an annual religious gathering titled, “Sialkot Convention.” CTI’s administration had sent an application to the Deputy Commissioner of Sialkot on May 9, Sunday. The administration demanded that an alternate venue should be provided to PTI so that the said fete is not conducted in CTI’s ground.

The Deputy Commissioner Sialkot, Imran Qureshi said, “We have stopped the PTI from holding a public meeting at the CTI ground on the request of the Christian community.” He added that permission must be acquired before holding a public gathering at a private place. Followed by the request from Christians, police managed to get CTI’s ground vacated.

Agitated Christians widely protested against PTI’s call for holding a public gathering at their property. In this regard, Christians moved Lahore High Court over this matter, the court had directed the police to take action and get CTI’s ground vacated. It’s worth mentioning that PTI’s members had already started preparations at the ground.  Initially, the reports emerged that the PTI workers present at the CTI ground showed resistance. The police resorted to baton-charge and use of tear gas which caused PTI’s worker to disperse from the ground.