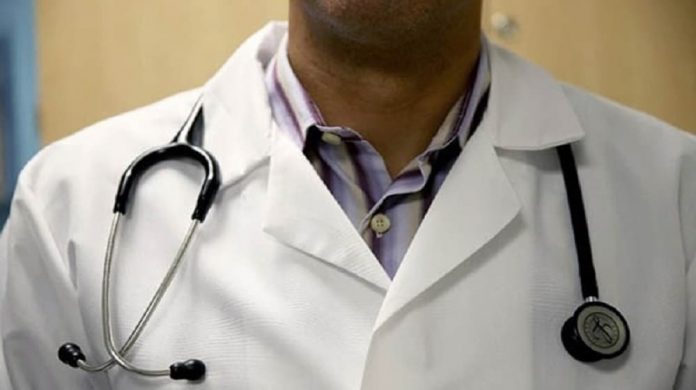 A Pakistan People’s Party leader Ghulam Muhammad Junejo has purportedly tortured a Hindu doctor identified as Dr. Ghansham Das in Sindh’s Tharparkar District. On June 26, when local body elections were underway, PPP leader humiliated Dr. Das publicly, when he was performing duty as a presiding officer at a polling station in Islamkot.

A video that went viral showed Ghulam Muhammad Junejo publicly humiliating and bashing Dr. Das. Soon the paramedics and doctors burst in anger, expressing condemnation towards the ill-treatment of their fellow doctor. Terming the incident as “shameful” the doctors boycotted and shut down OPDs in government health facilities in Mithi, Chachro, Islamkot, Diplo, Kaloi, Nagarparkar and other towns of Sindh, calling for justice and that the perpetrator be brought to justice.

Ghulam Muhammad Junejo who himself is an employee of the health department, purportedly slapped Dr. Das in front of policemen and other staffers; hurling insults and abusive remarks at him. The protestors, on the other hand demand that the perpetrator be arrested for his disrespectful and arrogant behavior. Doctors and Paramedics have warned that they will continue to boycott unless their demand is met.