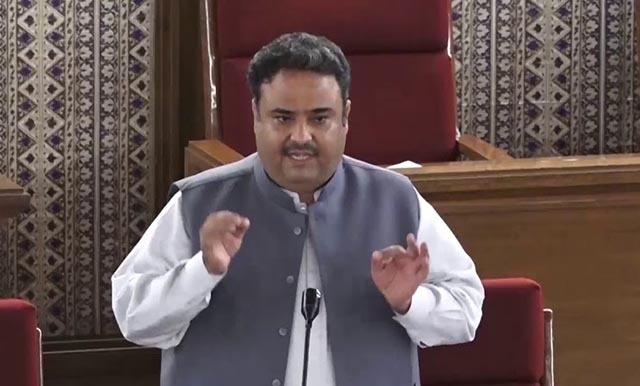 Minorities’ lawmaker Danesh Kumar lamented over the fact that minorities’ candidates are not being hired for foreign mission, he lambasted the fact that there are currently only 17 minorities’ officers serving in over 122 embassies around the globe.

While talking during a session of the upper house, Senator Danesh Kumar on Tuesday, September 27 said that minorities are being discriminated against as he bemoaned that he felt “humiliating” that out of scant jobs, six “khakrob” (sweeper) posts have been given to religious minorities. This session was headed by Senate Chairman Sadiq Sanjrani, while senators expressed their views about the point raised by Senator Danesh Kumar.

While expressing her views about this matter, Federal Minister Sherry Rehman said that it was inevitable that a proper representation of minorities should be guaranteed; whereas, the job quota for minorities should be respected. She highlighted that these posts are from the Federal Public Service Commission (FPSC). “This is Quaid-e-Azam’s Pakistan, every citizen has equal status,” she emphasized.

On the other hand, Law Minister Azam Nazir Tarar said that a joint law has been prepared with the Establishment Division and the quota seats have been approved as a special case. He said that in future, a special exam will be conducted for the purpose. Chairman of Senate sent the referred the issue of the minority quota to the relevant committee.

On this occasion, Senator Danesh Kumar questioned Federal Minister for Education Rana Tanveer Hussain if he had consulted priests of other religious minorities while holding consultations for the curriculum reforms. “Instead, the government has appointed a maulana saheb to head the ministry for religious affairs,” he mourned.