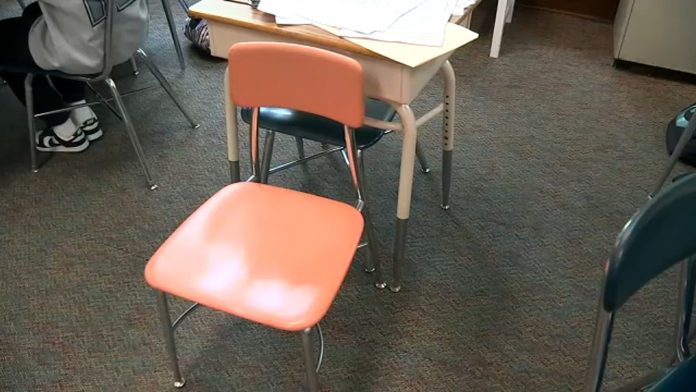 Another hideous episode of faith based discrimination was unfolded in Attock city of Pakistan’s Punjab province where four school students were expelled from their school for their faith. The students were performing well, and despite this fact there were no other valid grounds for their expulsion save for their faith.

The incident purportedly unfolded on September 23, Friday when four students identified as Huzaifa, Aneela, Abeer and Nimra were expelled from a school (name withheld) in Attock city. The incident was later confirmed by the Jamaat-e-Ahmadiya Punjab spokesman.

Amir Mahmood, spokesperson of the Jamaat-e-Ahmadiya Punjab confirmed stating that: “Four students Huzaifa Nasir, Aneela Aqib, Abeer Ahmad Saifi and Nimra Qureshi of Grade III, VI, IX and X respectively have been expelled by the administration of the school (Educators) for their faith in Attock city (some 400 km from Lahore).”  He added that the school administration had clearly told the parents of the expelled children that “they have been expelled because of their faith”.

Such incident, he said, had already taken place in the country in the past. He remarked that this was a dangerous trend, set by the educational institutions. “Such a trend will hamper the studies of Ahmadi students in Pakistan,” he said. In a horrendous move, the principal of the school Ms. Kulsoom Awan stated in the school leaving certificates of the children that “The above students are being withdrawn from the school on the basis of Qadianiat (Ahmadi) religion.” However, the school administration confirmed that the expelled students were, otherwise, performing well in their studies.