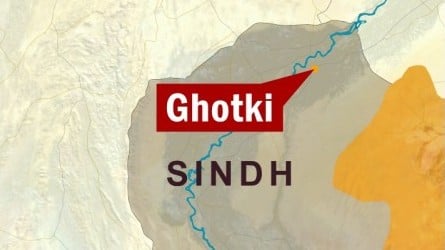 A Pakistani Hindu family was attacked by relative of a local politician after the family’s car over take the influential man’s car. The incident is reported an area near Ghotki falling withing the jurisdiction of the Mirpur Mathelo police station. The family was returning from Raharki Sahib.

The ill-fated family met with a surprise attack on August 7, Sunday evening. Details emerged that the Hindu family consisting of a man named Ajay Kumar along with three women and two kids were attacked at a restaurant where they had stopped during their journey. A representative of the family told the media that the incident unfolded after their car tried to over take a local politician’s car. When the car overtook, the politician’s relative identified as Shamsher Pitafi was angered and chased the family right to where they has stopped. Pitafi and dozens of men stormed into the restaurant and started looking for the family. When they had found them they started beating Ajay Kumar and smashed their car as well.

A police officer while talking to media said, “Apparently, as the family’s car overtook Pitafi’s car on the highway, one of the children threw an ice cream wrapper outside, which hit the windshield of Pitafi’s Vigo car and he was upset that the family did not even stop and sped away.”

PML-N’s Member of National Assembly Kheal Das Kohistani who himself hails from Hindu community said that the assailants also misbehaved with the women. He said that, “The Sindh police has assured that the attackers will be arrested.” Further he said that Inspector Genral Ghulam Nabi Memon and SSP Ghotki Tanveer Tunio are aware of this incident. “The main culprit should be arrested immediately,” Kohistani demanded. He lamented that the police are yet to arrest Pitafi due to pressure from local influential people.