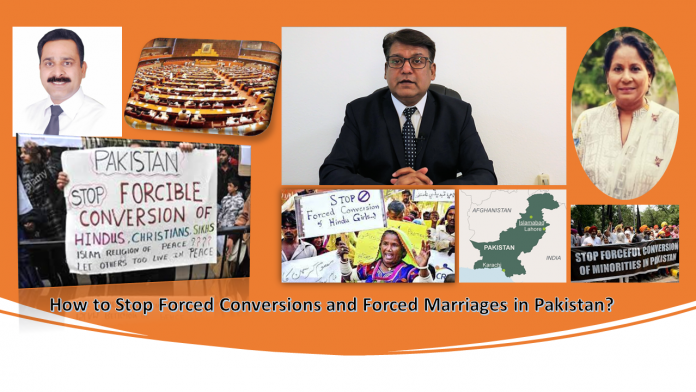 The minorities’ communities in the Islamic Republic of Pakistan fear for its faith. Every year in Pakistan, several hundred young Christian or Hindu girls are forcibly converted to Islam, and sometimes married off. The growing radicalisation in the country is making life increasingly hard for the non Muslims Pakistanis.

Young Christian and Hindu girls are abducted coerced into converting to Islam, and married off to Muslim men in an organized manner. These conversions are often backed by powerful shrines, seminaries, and clerics, as well as politicians. Seminaries and shrines protect the couple and say the girl willingly eloped, converted and married.

Join us to end this insanity in Pakistan.