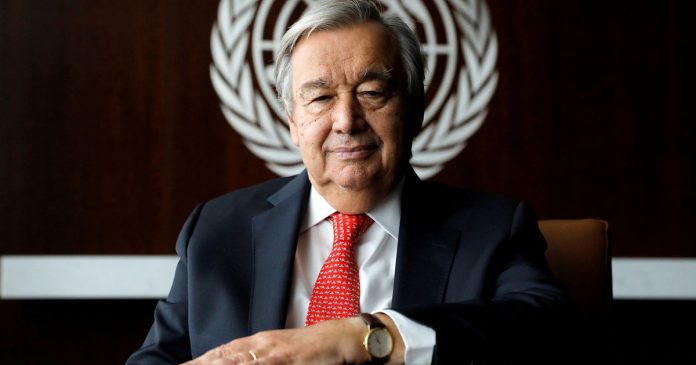 In the face of escalating crisis in Pakistan after the country was battered by worse possible flood, the United Nations chief Antonio Guterres began a two-day visit to flood-hit areas today Friday, September 9. This visit is expected to give an uplift to international support for the humanitarian crisis affecting millions in Pakistan.

The UN chief has already described the record rains in the country as “a monsoon on steroids”.  Gloomy estimates show that an area of the size of the United Kingdom, which is a third of the country, is submerged. The Pakistani officials on the other hand, state that it will cost at least $10 billion to repair and rebuild the damaged infrastructure. However, the priority, is food and shelter for millions of affected people who are made homeless by relentless floodwater.

The UN chief’s visit is going to last for two days, en route to Pakistan, Guterres tweeted that he wanted to “be with the people in their time of need, galvanize international support and bring global focus on the disastrous repercussions of climate change”.

The mass destruction has been caused by severe climatic changes that led to unusual rainfall as well as the melting of the glaciers. Despite the fact that Pakistan is responsible for less than one percent of global greenhouse gas emissions, but it sits on eighth number on a list compiled by Germanwatch of countries that are deemed most vulnerable to extreme weather conditions caused by severe or abnormal climate change.

This year Pakistan has received unusually heavy rainfall, as intense as never been seen in decades. Pakistan blames the climate change, which is increasing the intensity and frequency of extreme weather.