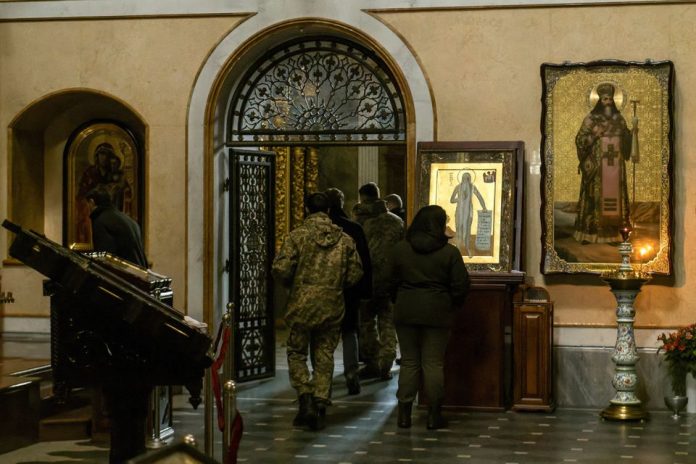 Further details were let out by the state prosecutors, who said that the priest belonged from the eastern Luhansk region, without revealing his identity. It was stated that the priest had been collecting information on equipment and weapons held by the Ukrainian military since mid-April. “The enemy used the information to establish the location and fire on targets,” the state prosecutors revealed.

Previously, the Ukrainian government had chalked out a striking a ban on churches affiliated with Russia. The Ukrainian President Volodymyr Zelenskiy described the move as inevitable to prevent Moscow being able to “weaken Ukraine from within.” Prior to this, Ukraine’s National Security and Defense Council told the government to chalk out the law, after a series of raids were carried out on parishes that Kyiv says could be taking orders from Moscow amidst the Russia-Ukraine war.

Orthodox Christians make up majority of Ukraine’s population. Ever since the collapse of the Soviet rule, competition has been fierce between the Moscow-linked church and an independent Ukrainian church that was proclaimed soon after the independence.