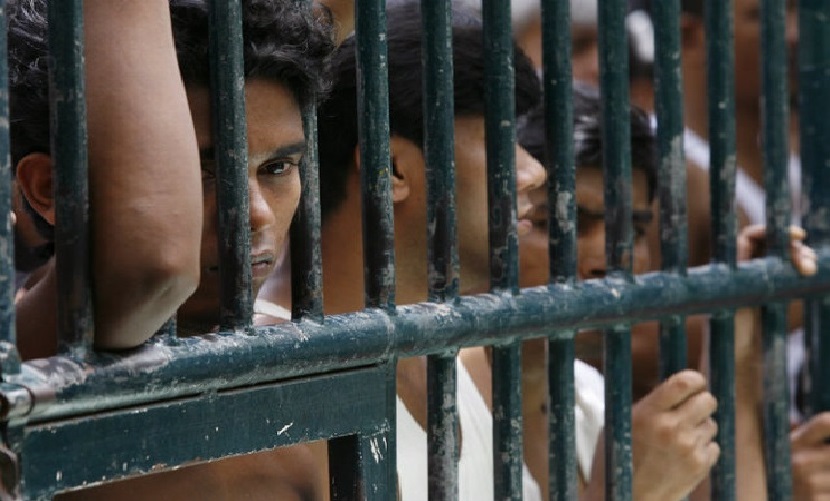 September 10th 2015,
200 Pakistani Christian Asylum Seekers in Bangkok including women and children have been arrested by the Thai immigration from Paracha-uhit Delight H.Condo. It’s a shocking day for them and for us as well. Farrukh Harrison Saif,  declares his support towards his persecuted Pakistani Christian asylum seekers in Bangkok in one of the most difficult moments during their stay in Thailand. Frarukh Saif  announces to pay their fines in order to prevent them from being jailed.

They are betrayed, wounded and tortured, their souls are crushed inside. Hated, envied, blamed and isolated! What was their fault to be treated likewise? Born a Pakistani, but not a Muslim, was that their only fault? Why would have they come to Thailand and seek asylum if they were given the equal rights in Pakistan since they also fought for their nation´s independence? Instead their wings are tied and now they are confined in a cage. Their worshipping and love for Christ outraged Pakistani authorities and now their tears and pain molests the Thai authorities.

Who are they? Not humans, not free? Why caged and mocked? Why suffer and pay the cost? And if someone manages to run or flee to countries like Thailand in search of their identity, they are still detested, hated and ignored made more strangers and disowned. Asylum seekers or refugees are still bound, still not free.. Yet hope in their eyes lit up by their smiles they try to hide their pain and praise God for every single thing even on their worst days.

The refugee kids grow up fast, childhood is not a phase for them. They count their pennies and save them instead of buying chocolates and lays. You will not hear them making a noise or play like other kids as they learn to live caged lives and in hushed voices they tell you “God is with us He still loves us, we know He is too great and soon we will study and play but right now we can’t afford to go to jail. So whisper instead and keep your voices low or the police would come here soon and they won’t even spare my sister who is just 2 years old.

They lived as strangers in their own land and suffered for uttering Christ´s name, yet still they praise their God in heaven and trust that He will soon make a way. With smiles they’ll greet you with love they’ll treat you, keeping their pain at bay. But do not mistake their happy faces to be the real truth for inside they are crushed to bits, praying for their youth. Half alive yet mostly dead they carry on with their lives, deprived of work, jobs and education. All they have is faith in God and hope to survive.
Let´s pray for them, let´s help Pakistani Christian asylum seekers in Bangkok and let´s stand with Farrukh Saif  to help them. We won´t leave them alone.