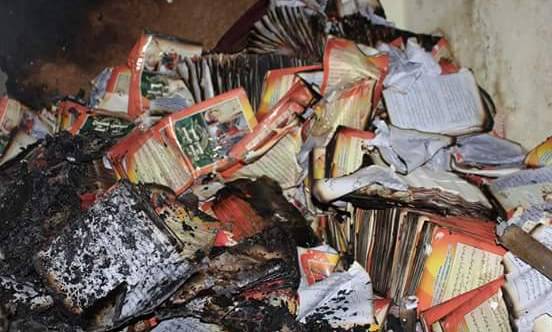 The Christian community is a victim of oppression, injustice, inequality and discrimination. For the last several decades they are being persecuted but no one has paid attention to them.

Minorities in Pakistan make up almost three percent of the total population. Among them are Hindus, Christians, Sikhs, Bahais, Parsis and Kalash. Hindus are the biggest group with two percent of the population, and Christians comprise 1.6 percent.

The beloved country, Pakistan, was just two months away from existence, when in the united Punjab all parliamentarians were seriously thinking about the assembly session on the 23rd of June 1947 for the final decision whether the Punjab would be part of Pakistan or India. Likewise, Christian leaders were also worried because most of the Christian population was living in the Punjab. Also, they had a deep affiliation to the founder of Pakistan, Quaid-e-Azam, Mohammad Ali Jinnah. Therefore, on the 21st of June 1947, all the four Christian members of the Punjab Legislative Assembly met at the residence of Dewan Bahadur Sittia Parkash Singha (S P Singha) and decided unanimously to go with Pakistan. The historic day came, motion moved, voting started and the result was a tie. It was a glorious moment in the history of Pakistan when the Speaker of the Punjab Assembly, S P Singha used his ‘costing’ vote in the favour of Pakistan and brought ‘golden victory’ for the upcoming, independent, sovereign state.

After the session was over, in a friendly talk, the Quaid-e-Azam asked a personal question to Singha why he voted for Pakistan. And Singha answered, “Sir, your nation remained the minority in India for ages, and bore the oppression of Hindus. And who can know better than you the pain they passed through. Now, we, the Christians, will be the minority in Pakistan, and we hope to have a good future.”

After 14th of August 1947, the migration started from both sides, and most of the Sikh community living in the Punjab was moving to India, leaving their lands, properties, and their ‘servants’. At the time, around 60,000 Christian families were working for Sikhs, assisting them in land farming. Now they were all ‘unemployed’. From the opposite side of the border, Muslim migrants were entering into the Punjab with their limited households and utensils. They were being welcomed in different areas of Lahore, Sialkot, Kasur, Sheikhupura etc. The newly formed government of Pakistan started allotting them lands previously owned by Sikhs; in a couple of months all lands were distributed among new arrivals, but the poor Christians were kept waiting to get their share but it did not happen. In spite of the efforts of the Christian Members of Parliaments those Christians were never given any compensation for leaving their homeland for Pakistan.

Christians started moving to other villages and cities for survival. Because of their illiteracy, they were forced to find employment doing menial jobs, like sweeping and cleaning, to feed their families. This was the first organised discrimination Christians faced in Pakistan.

In 1972, the people-elected prime minister, Zulfiqar Ali Bhutto, in the name of socio-economic reforms, nationalised all private educational institutions. Many institutions were owned, managed and controlled by Christians. As a result of nationalisation, they lost their properties and their peace of mind. Many were so frustrated that they left the country and never came back. During the military era of General Zia-ul-Haq, the severe clauses of the blasphemy law were introduced. Bringing any new law is not an issue, but its application/implementation is a serious concern. Blasphemy laws were made but there was no abuse-check on this law. Minorities living in the country clearly felt those laws as a ‘sword’ on their neck. More than 1,300 individuals have been accused under this law, more than 60 people have been killed during trials, and hundreds of victims of blasphemy laws have miniscule chances of survival in society. It is not the law that is bad, but its abuse that is rampant and atrocious.

Persecution of minorities has remained very high during the last 69 years. In February 1997, Shanti Nagar, a Christian village, was torched by thousands of people from the nearby localities. In 2002, a church in Taxila was attacked, where four Christians were killed and 25 wounded. In September 2002, unidentified gunmen shot dead six people at a Christian charity foundation in Karachi. November 2005 has the story of the burning of several churches in Sangla Hill. In August 2006, a church and many houses of Christians were attacked outside Lahore in a land dispute. In July 2008, an angry mob stormed a church in Karachi during service, and denouncing Christians as ‘infidels’ attacked them, leaving several injured. The year 2009 is the sorrowful story of the Gojra riots. A federal minister of minorities, Shahbaz Bhatti, was murdered in 2011. In September 2012, a mob set on fire a church, St Paul High School, a library, a computer lab, and houses of four clergymen. March 2013 saw the horror of the Joseph Colony, Lahore, where hundreds of houses of Christians were torched. The same year brought another misery when the All Saints Church, Peshawar, was targeted by a suicide bomber, killing 75 people and wounding hundreds. Christians have sad memories of March 2015 when suicide bombers blew themselves up in two churches of Youhanabad, Lahore. And March 2016 had the carnage of the Gulshan-e-Iqbal Park, Lahore, on Easter Sunday, where 73 people were killed, many of them children.

The successive governments of Pakistan during the last seven decades could not demonstrate that they had any concrete plan for the security, safety and development of the marginalised Christian community. In 1951, the Punjab assembly passed a resolution to allot land to Christians, but it never reached fruition. There have been many decisions for the good of the community, but they remained only in files, and were never executed. Lip service and hoodwinking minorities appears to be the agenda of all governments. The Christian community is a victim of oppression, injustice, inequality and discrimination. For the last several decades they are being persecuted but no one has paid attention to them. Christians have all rights to live a peaceful life in their homeland, Pakistan. Christians are patriots like all other Pakistanis of different faiths or sects. Christians are in search of a protector, someone like the Quaid-e-Azam who was considered a ‘protector’ by S P Singha and other Christian leaders of the Pakistan movement. But the protector died only after a year of independence, leaving a fertile land for those who had different agendas.

Once again the Christian community in Pakistan is crying for a protector. Perhaps one exists or not, but we must not lose hope. Trust in God with all your heart, and lean not on your own understanding; in all your ways submit to Him, and He will make your paths straight.