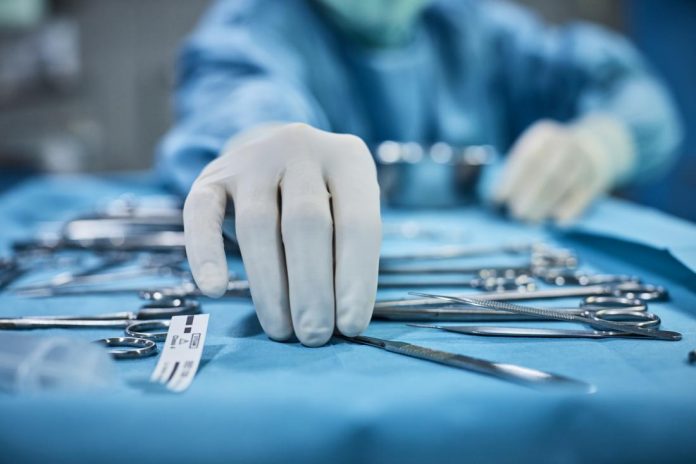 A Pakistani Hindu woman left in a life threatening situation, as staff of a Rural Health Centre exhibited gross medical negligence in her case. The staff severed head of the new born and left it inside woman’s womb, thus causing life threatening complication for the mother. The ill-fated woman was eventually taken to Liaquat University of Medical and Health Sciences, where doctors performed another surgery to in order to save her life.

The horrifying case has prompted Director General of Sindh Health Services Dr Juman Bahoto to order separate inquiries into the case. Additionally, Sindh government has decided to form a medical inquiry board, to trace the culprits involved in this tragic incident. Details emerged that on the woman who hails from Hindu community and is resident of a village in Tharparkar district, underwent surgery on Sunday, June19.

Dr Juman Bahoto said that the inquiry committee will be assigned with the task of digging into the fact that there was no gynaecologist and female staffers at the RHC in Chachro. Moreover, the committee will also conduct inquiry about the reports that while the woman was lying on the stretcher, staff made video and photos and shared in Whatsapp groups. “Apparently, some members of the staff took her photos on a mobile phone in the Gynaecology ward and shared those pictures with different WhatsApp groups,” Dr. Juman added.

While remarking about the case, Professor Dr. Raheel Sikandar – Head of Gynaecology unit of the Liaquat University of Medical and Health Sciences (LUMHS) in Jamshoro said: “The Bheel Hindu woman, who belongs to a far-flung village in Tharparkar district, had first gone to a Rural Health Centre (RHC) in her area but with no female gynaecologist available, the inexperienced staff caused her immense trauma.”

Detailing the negligence of the Rural Health Centre Staff he said that they cut off the newborn baby’s head in the mother’s womb and left it inside her in a complete medical fiasco. Consequently, when the woman experienced severe medical complications, she was rushed to a hospital in Mithi, where she could not be treated due to lack of facilities.

Eventually, her family brought her to the LUMHS where she received proper medical treatment and care. She had to go through another surgery to remove the rest of the body of the newborn. Baby’s head was trapped inside thus causing woman’s uterus to rupture, her abdomen was opened up surgically to take out the head, and thus her life was saved.