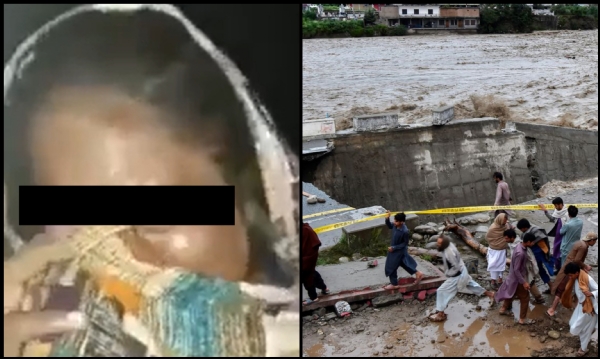 A Pakistani Hindu girl was gang raped, as she was lured to get free ration in the name of flood relief efforts. The victim identified as Bhagwanti Aliad Nikki is 13 year old minor hails from the Hindu community nestled in Sindh.  The incident was confirmed by a local NGO ‘Voice of Pakistan Minority’.

In keeping with the details, the gory incident unfolded on August 31, 2022 when Bhagwanti , resident of Shahdadpur village of the Sanghar District of Sindh. The minor was going to the market when she was lured by Khalid and Dilsher to get free ration in the name lf flood relief. They took her to a deserted place outside of the village and intoxicated her. The child was then gang raped, as reported by the local media.

The police on the other hand, did not register the First Information Report initially. However an FIR was registered on September 1, at 1600 hrs. The locals and family members of the victim have warned of strong protest against the district administration, if the culprit go unpunished and justice is not served to them.

Share
Facebook
Twitter
Pinterest
WhatsApp
Previous article
Pakistani Ambassador To The UN Confronted Over Rapes Of Women From Minorities In The Name Of Flood Relief
Next article
Tensions High Among The Christians Of Mastung, After Terrorist Attack That Killed One