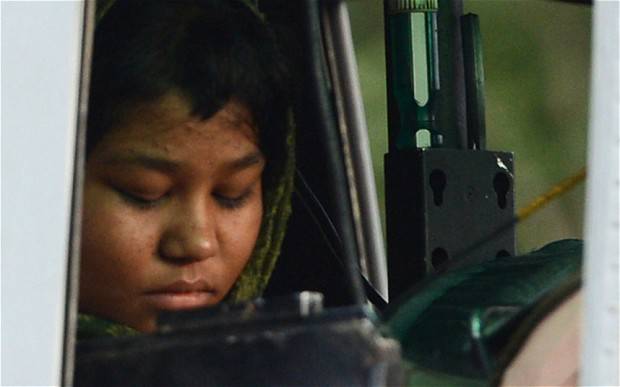 After three weeks in a high security prison, Rimsha Masih has left jail a day after being granted bail. She was escorted under a sheet from the prison by an armed guard and flown from the area in a helicopter to a secret location.  The 14-year-old, who is accused by a neighbour of desecrating the Koran by burning its pages, was granted bail on September 7 by Judge Mohammad Azam Khan. She was granted bail based on two sureties of Rs.500,000 and now concerns have been raised about her security as fears rise about attacks from Islamic extremists.

Nonetheless, Rimsha has become the first person ever accused of blasphemy to have been granted bail.
This is perhaps due to developments earlier in the week when one of Rimsha’s accusers, mullah Khalid Jadoon Chishti, was arrested on suspicion of tampering with the evidence against her.