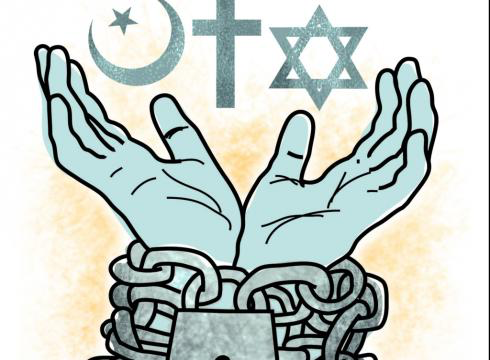 Experts warn, about unprecedented rise in religious violence and sharp decline in religious freedom. This trend is prevalent across the globe. In a conference held in Rome, experts convened to assess the deteriorating situation of religious freedom. The experts reflected during a panel discussion organized by the University of Notre Dame’s Religious Liberty Initiative, which is ongoing in Rome’s Pontifical Gregorian University.

While remarking about the perilous situation, Samah Norquist, fellow at the Wilson Center in Washington, D.C. stated: “Religious violence has risen to historic levels over the past decade affecting nearly all religious groups.” Further adding, Norquist said, “Believers of nearly all faiths — Christians, Muslims and Jews, Buddhists, Yazidis, Baha’i — have faced discrimination, harassment, repression, and, of course, persecution by state and non-state actors, as well as ideological movements.”

Cementing this argument, Nury Turkel, the chair of the U.S. Commission on International Religious Freedom (USCIRF) pointed towards the state of deteriorating religious freedom in China, where the communist government is continuously laboring to “vigorously implement its ‘Sinicization of religion’ policy” further demanding that the adherents of religion or religious groups must support the Chinese Communist Party’s (CCP) rule and ideology.

Further portraying the dismal situation of religious freedom in China, Turkel said that despite that fact that China recognizes religions such as Buddhism, Catholicism, Islam, Protestantism, and Taoism yet the adherents of religions which are perceived to be associated with foreign influence; adherents of Christianity, Islam, and Tibetan Buddhism in particular form the most vulnerable groups to persecution.

An expert hailing from Pakistan, ,Ms. Farahnaz Ispahani from the International Panel of Parliamentarians for Freedom of Religion or Belief, said that it is “of paramount importance” to foster international and local partnerships  between religious and secular human rights advocates in order to curb the menace of religious violence.

She said that the state of religious freedom is dismal in her country, in particular for the non-Muslim Pakistanis. Especially, pointing fingers at the misuse of the blasphemy law and the anti-Ahmadiyya law. She said that the sporadic episodes of forced conversions of Hindus, Christians and Sikhs have been ignored by the concerned authorities.

The Dean of Notre Dame’s law school and founder of the Notre Dame Religious Liberty Initiative, Mr. Marcus Cole, while initiating the July 20-22 summit, said, that the city of Rome serves as a constant reminder that no empire or even entity is “impervious to the truth.” This is the reason, he said, he and his cohorts are unwaveringly committed to continue to speak out against the ongoing violations of religious freedoms being witnessed in the United States and around the globe.

“We sit here in the capital of the most powerful empire the world has ever known,” he said. “The ruins of that empire are all around us.” As he quoted the scripture from the Gospel of Matthew, he pointed referenced that Lord Jesus once said: “Do you see all of these buildings? Truly I tell you that they will be completely demolished. Not one stone will be left on top of another.”

Continuing his argument, he said that being in Rome, allows one to be a witness to the truth in Jesus’ words, seeing how the once great Roman Empire was conquered by “an idea,” and that idea “was a faith.”

“The Romans laughed at a faith, but in the end, their laughter ended,” he said. “So, the enemies of religious freedom can laugh at us now, but we will not go away. We will continue to fight for freedom of conscience and freedom of religion until it is enjoyed by all,” he said.