Religious Freedom – Yes to Muslims, No to Christians!!! (By Farrukh H. Saif) 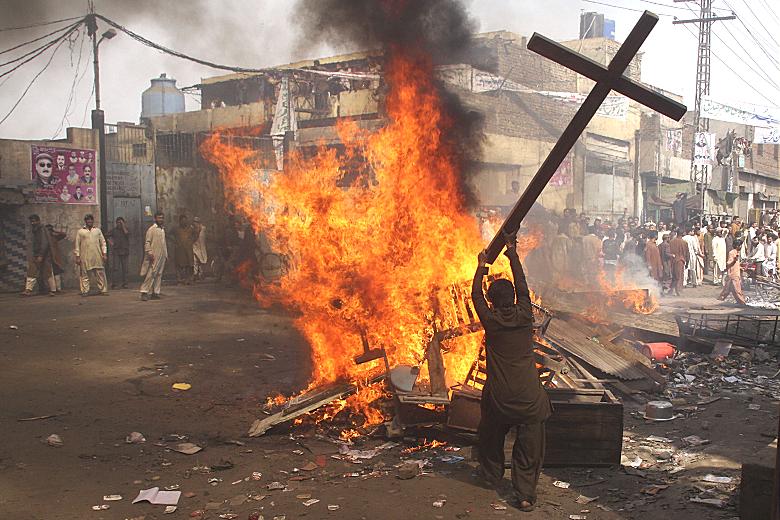 Religious freedom is one of the most important basic human rights of every individual on this planet which allows them to build their worship houses, for instance a temple, a church or a mosque. Muslims in West enjoy full religious freedom as per it is mentioned in the Universal Declaration of Human Rights and build the mosques across the western nations but do the Christians get same privilege in Islamic nations? While the Western community deeply respects Muslims´ right of religious freedom, why are the Christians in Sharia ruled or Muslim majority countries denied this right?

Over the recent years, numerous Mosques have been erected in many different countries in the West. In UK most of the old churches have been demolished to make space for more mosques and that has become a common practice in the west, in order to prove that they are not Islamophobes or racially discriminating any particular sect or religion. However, to what extent and at what cost are we allowing this practice to continue?

While the predominantly Christian countries in West are casually accepting thousands of Muslim refugees from the Middle East and other Muslim countries and are allowing them to practice their religious rights freely, the Muslim Countries in Asia, Africa and Middle East are constantly looking for more ways to persecute and torture the Christians living in those countries.

Mosques in the United States are growing at an almost unparalleled rate! In France the number of mosques and Muslim prayer rooms has doubled over the last twenty years, going from 1000 to 2000. While in Nigeria in just two months, from August to October, nearly 200 Christian churches were destroyed by the Islamic organization, Boko Haram and its Muslim allies.

Recently, in the month of October, the police officials in the province of Aceh in Indonesia which has the world’s largest Muslim population, used sledge hammers and axes to tear down two Protestant and a Catholic church in the Aceh´s Singkil district, as Christian members of the community looked on weeping.

Extinction of Christianity in the Middle East is imminent with Islamic militancy on the rise. The Islamic terrorist group ISIS has left no room for any compromises or submission as it continues to destroy the world’s oldest Christian monasteries and churches in the Middle East. Some of the oldest Christian communities which have existed in the region since the birth of Christianity are under threat while many have been forced to leave.

Currently there are no official churches in Saudi Arabia of any Christian denomination since it is prohibited in this nation to worship any other God other than Allah. The small number of Christians meet in internet chat rooms and private meetings. On the contrary the Kingdom of Saudi Arabia donates millions of dollars to the Islamic groups to build mosques in the west in order to convert the west in Al Andalus once again.

Christianity and churches in Egypt are also constantly attacked. In a recent campaign, churches all over Egypt were forced to take down their crosses and other holy symbols.

With the huge wave of Muslim immigrants flooding into Europe, the trend of demolishing churches and taking down religious symbols has made its way into Europe as well. Recently, so many churches have taken down their crosses and other religious symbols in order to make the Muslims feel more welcomed but what about our Christian brothers and sisters being persecuted in the Muslim countries, don´t they have right to worship their God?

Yes, these Muslims are victims but so are the Christians residing in Muslims countries, however, their suffering is being ignored by the Vatican and western communities. This biased attitude of the Christian community in West is only encouraging the Muslim extremists in Asia, Africa and the Middle East to treat those Christians as miserably as possible.