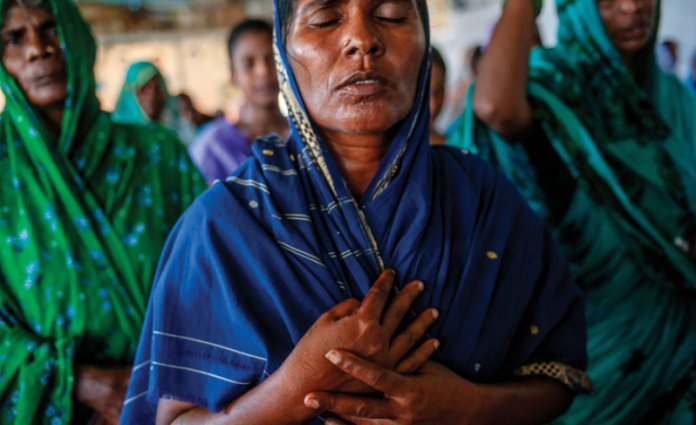 Six Indian Christian women were jailed on July 30 in Utter Pradesh. Police hooked these women on the charges of forced conversions. The women were arrested while attending a birthday party at a local Christian family’s home along with hundred other guests.

Details emerge that, while the birthday celebrations were ongoing a group of around 15 Hindu radicals stormed the house and accused the Christians of forceful conversion activities. They made video of the premises and took away the Bibles and the hymn books while leaving. The intruders later, reported to the police and presented the stolen Bibles and the hymn books in the police station accusing that forced conversions were taking place. The police raided the house and arrested six women over forced conversions charges.

What is more, the police ignored the birthday celebratory set up and the gathering, taking sides with the radicals. The International Christian Concern quotes a local pastor saying, “The six women who are in jail are very poor economically. Among the six women, one is physically challenged, one is a widow with three small children, and one is a single unmarried girl. The situation with these families is very pathetic; the family members are accusing the local pastor that he is responsible for all of their trouble, and he has to bear all the expenses and bring them out of the jail as soon as possible.”