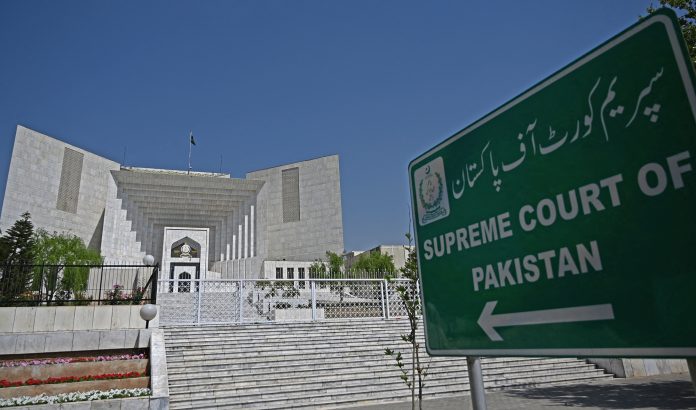 Pakistan’s top court while hearing a blasphemy case, granted bail to a Christian man who was boo0ked over blasphemy charges since April 2021. The allegedly accused Salamat Mansha Masih, was an employee of the Lahore Waster Management Company.

SC’s bench consisting of Justice Qazi Faez Isa and Justice Syed Mansoor Ali Shah heard the bail plea of Salamat Mansha Masih. The SC bench granted bail to Salamat Masih, further ruling that a bail bond in the sum of 50,000 Rupees is to be furnished.

Salamat Masih who has been confined at the Lahore District Jail since January 4, 2012, had a similar bail plea rejected by the Lahore High Court. The SC judges remarked that the State should exercise extreme caution in cases pertaining to blasphemy. It was said that the state should ensure absolute safety of the blasphemy accused, until the charges leveled against the accused stand proved.

Advocate Abdul Khan Rana represented Salamat Masih before the court. Advocate Abdul Hameed Khan detailed before the court that four college students accused Christian men namely Haroon Ayub and Salamat Masih in a park in Lahore’s Model Town area. The accusers claimed that Ayub and Salamat had gifted a book in Urdu language that according to them contained sacrilegious content. The counsel argued that the book was related to the Holy Bible, and contained no sacrilegious content in it. He said that this was conceded by the senior police officer from the prosecution side. He stated that the prosecution had failed to furnish substantial evidence to establish a connection of the accused with the allegations of blasphemy. Furthermore, the FIR was registered against Salamat Masih after a delay of eight hours.

The court expressed suspicion over the fact that the incident occurred in a park and no one was made a witness in the case, not even the guard. Justice Isa remarked that it’s a common tendency of leveling blasphemy accusations. He said that every second person blamed others of insulting the religion, without realizing that the offence carries capital punishment. Justice Isa observed, “We should avoid further polarization of the society which already stands fractured and divided in the name of religion. We cannot further afford tragedy like East Pakistan.”

One of the bench members remarked that why Muslims are reluctant to opt for the profession of sanitary worker when cleanliness was a part of Islamic faith. “We should be thankful to the Christian brothers for at least, they clean up for us,” he said.