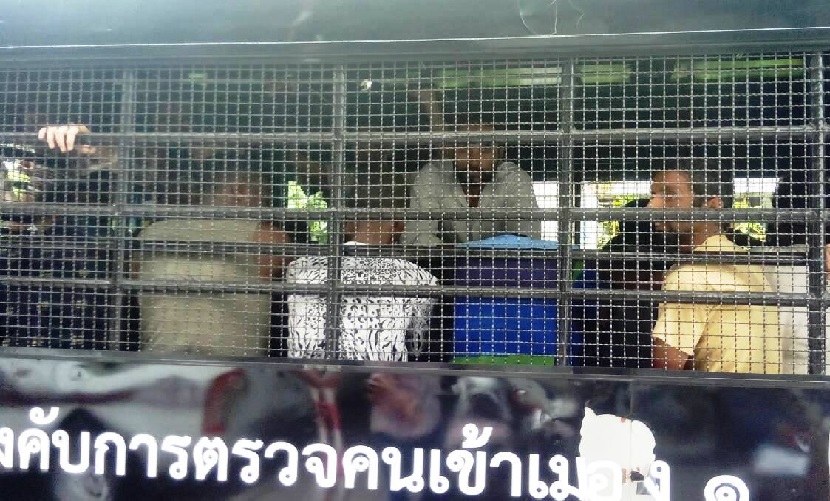 2th September, 2015 Bangkok
“Farrukh Saif Foundation” submitted the fine of 31 people who were arrested on 10th of September from Paracha –Uhit Bangkok Thailand.

Large Number of Pakistani Christian asylum seekers were residing in Paracha –Uhit Delight H.Condo. On the 10th of Sept, 2015 the Thai –Immigration along with heavy armed forces arrested hundreds of Asylum seekers from that building. More than 66 Christian males and females were arrested along with 5 Children. Later on the women along with minor Children were released by the Thai-Immigration on humanitarian bases.

UNHCR, whose prime obligation is to protect and defend these voiceless humans were delaying in taking action and putting pressure on Thai-Government. UNHCR-Bangkok is failed to perform its responsibility. The worst was on 10th Sept when one of the protection Officials of the UNHCR was found motivating people to go back to Pakistan. It’s Unbelievable that instead of giving them the protection he was trying to send them back to the place where their life could be in severe danger.

How come it’s possible to send these people back without even taking their RSD interviews, it’s shameful for the Mother of All human rights.

Is UNHCR –Bangkok waiting to see the situation like Syria and Iraq in Pakistan too? According to the UNHCR´s own mandate anyone can apply asylum in case of facing persecution or even having an apprehension of future Persecution.
Pakistani Christians who have become the soft target in last 4 decades in their motherland are the victims of petty blasphemy accusations, Christian churches, homes, properties and even sometime Christian themselves were burnt alive by the radical Islamists.

The response of UNHCR towards these Pakistani Christians is like a step mother. They did not even care about the feelings of these vulnerable people. After keenly observing the attitude of UNHCR-Bangkok, “Farrukh Saif Foundation” and Its Associate “Rescue Christians” have filed another Complaint in the UNHCR –Geneva against the UNHCR Bangkok.

No matter what happens we will stand with our Persecuted Christian brothers and sisters.
Farrukh Harrison Saif