Nigeria: Fanatics burn Houses And Stores Of Christians Over Allegations Of Blasphemy 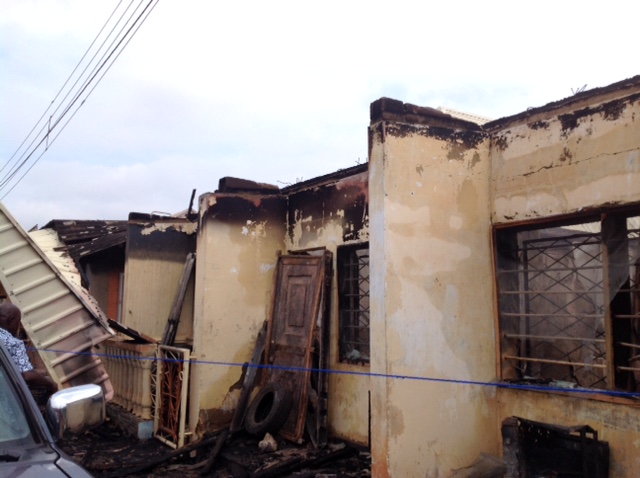 Religious fanatics set fire six houses and stores belonging to Christians. This recent episode of religion based persecution unfolded in Nigeria’s town Katanga in Bauchi state. The arson left at least 20 people injured. The arson was incited over allegations of blasphemy.

Reports reveal that a local Christian woman Rhoda Jatau was accused of making a blasphemous comment online. 40-year-old Jatau works as a medical staff member. A band of incited Muslim youth, were looking for Jatau therefore to punish her for the alleged blasphemy. The arson badly damaged six houses and seven stores belonging to Christians. Jatau had lived in this town, but she was able to make a hasty escape prior to the attack.

While speaking about this incident, a local pastor Reverend Jibrin Nababa Warji, confirmed to an international media outfit Morning Star News that, “It is unfortunate and tragic, as many Christians have been forced to flee the town to other areas of Bauchi state. Many displaced Christians are currently staying at the Nigeria Air Force Base.”

Nigeria has witnessed an alarming rise in blasphemy accusations and thereafter extrajudicial killings in past few weeks. Last month, a Christian college student Deborah Emmanuel was stoned to death over alleged blasphemy accusations. The accusations also catalyzed burning of three churches this month, after two men involved in killing Deborah were arrested.

Rev. Joseph John Hayab, vice-president of the Christian Association of Nigeria (CAN), Northern Nigeria Chapter, said that charges of blasphemy are leveled against Christians oftentimes to justify the attacks on Christians. “We know and have evidence of how some of these allegations of blasphemy are false and just for blackmail or settling scores with perceived enemies or well-mannered young girls who have refused sexual advances by the opposite sex from another religion. We are also aware of how fanatics have in the past raised lies in the name of blasphemy.”