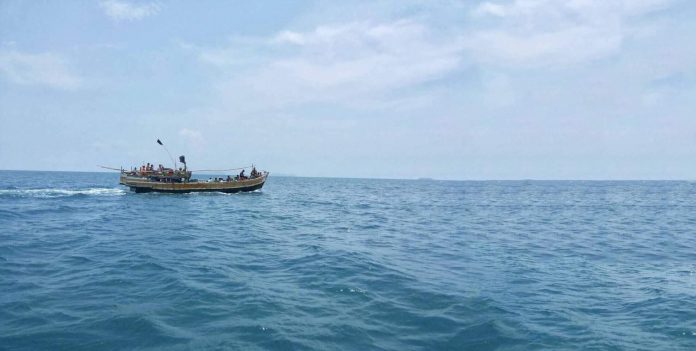 Desperate times for stranded Rohingya refugees stranded at the sea, international community calls on Malaysia to take desperate measures in order to avoid any tragedy. The Malaysian government is being urged to allow the safe disembarkation of Rohingya stranded on a boat within its waters. However, it is feared that a number of the Rohingya refugees on the boat have already died from starvation and dehydration.

The boat is said to carrying 160 Rohingya refugees, including 120 women and children. The boat set sail from the Cox’s Bazar in the southeastern shore of Bangladesh on November 25. Bangladesh has become safe haven for the Muslim Rohingya minority fleeing massacre in Myanmar.

It is reported that on December 1, engine of the boat stranded in the Malaysian waters; broke down causing the boat to adrift. While remarking about the gravity of the matter Muhammad Rizwan whose sister and niece are on board the stranded boat said that the refugees on the boat had nothing to eat and drink for past few days. “The rate of deaths in the boat is going to increase very quickly if there is no rescue by today or tomorrow. It’s reached more than eight deaths already.”

While the exact number of deaths remains unclear, Doctors Without Borders issued a statement on Saturday December 10, saying that “some people onboard have reportedly died due to lack of food or water.” The organization called on the Malaysian government to “urgently allow the safe disembarkation of refugees suffering the effects of a regional humanitarian crisis and fleeing to seek safety.”