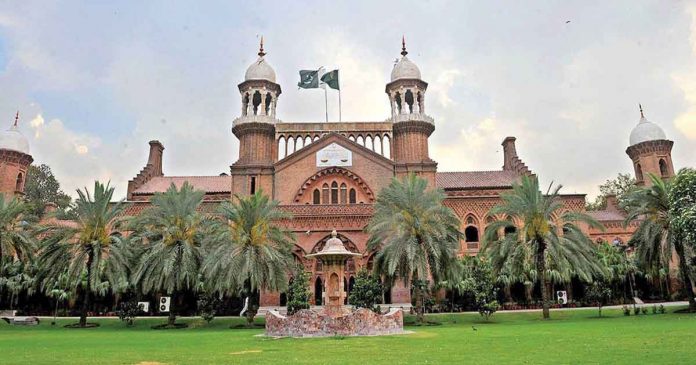 Lahore High Court has quashed an FIR registered under the blasphemy law against a respondent, ruling that a person could not be prosecuted merely on the basis of what he sees in his dreams or for sharing his thoughts, visions, or emotions with people.

Lahore High Court (LHC) judge Justice Tariq Saleem Sheikh heard the case registered under the blasphemy law invoking 295-A (Pakistan Penal Code).  The claimant is a resident of Sohrabwala, Tehsil and District Mianwali. He had filed a complaint with the Station House Officer (SHO) of Police Station Saddar on August 30, 2021 alleging that the accused petitioner held blasphemous beliefs that he was propagating to the general public.

Justice Tariq Saleem held that the police failed to present substantial evidence to establish the offence against the accused. “There is no evidence to suggest that the petitioner intended to offend or harm the religious sensibilities of complainant or any other person with his statements,” Justice Tariq added.He remarked that those suffering from mental illnesses should be provided treatment and protection against punishment.

In the detailed judgment issued, Justice Tariq observed that: “If we examine FIR we find that the offence under section 295-A PPC is not made out. There is no allegation that the petitioner did anything to offend any group of people or insult their religion or religious beliefs. Furthermore, the Assistant Advocate General could not point out any circumstances that might indicate malice on his part.”

The complainant maintained that the accused claimed that he could fly and see Allah and various companions of the Holy Prophet (PBUH) in his dreams. He claimed that on August 26, 2021 the accused made similar proclamation before a crowd. “Such propagation hurt the community’s religious feelings and was likely to incite violence,” the claimant maintained. Consequently, an FIR number 337/2021as registered invoking the 295-A PPC.

Justice Tariq said that the prime principle of fair investigation requires that when a police officer investigates an offence, particularly one under Chapter XV of the PPC, he should firstly determine whether the accused is mentally sound or not. “He [the investigation officer] must apply to the competent forum for his psychiatric evaluation if he suspects mental illness,” said the judge.

It is pertinent that Pakistani law protects people with mental illnesses or impairments. Section 464 of Code of Criminal Procedure (CrPC) says that a person of “unsound mind” who is incapable of assisting in his own defense cannot be tried. Section 84 of PPC recognizes the legal insanity defense. Section 84 states that a person cannot be held criminally responsible for an act, if because of the unsoundness of mind at the time of committing it, he was incapable of knowing the nature of the act or that it was wrong or illegal.