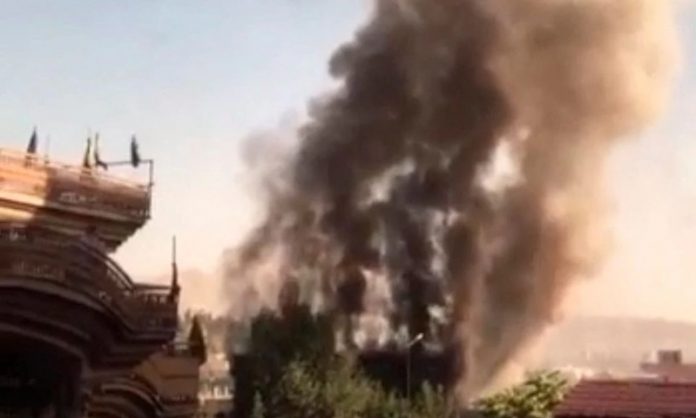 The last remaining Sikh temple in Afghan Capital, was rocked by deadly blasts early morning today as Taliban spokesman confirms at least two people have sustained injuries in an attack. The attack perpetrated on Saturday, June 18. Taliban spokesman has confirmed a car loaded with explosives detonated, but so far no one has claimed responsibility for the attack.

However, the total number of casualties is not confirmed yet, either by the temple authorities or the Afghan government. Speaking to Reuters, a temple official Gornam Sigh said, “There were around 30 people inside the temple. We don’t know how many of them are alive or how many dead. The Taliban are not allowing us to go inside, we don’t know what to do.” Detailing the incident, he said, “I heard gunshots and blasts coming from the gurdwara.”

While speaking in this regard, a Taliban interior spokesman said that two people were injured in the attack, further detailing that the attackers attempted to drive a car loaded with explosives into the area. He said that the vehicle detonated before reaching its target. Taliban authorities were securing the effected site, he continued. On the other hand, international media is reporting that one worshiper and one Taliban fighter were killed during the clearing operation.