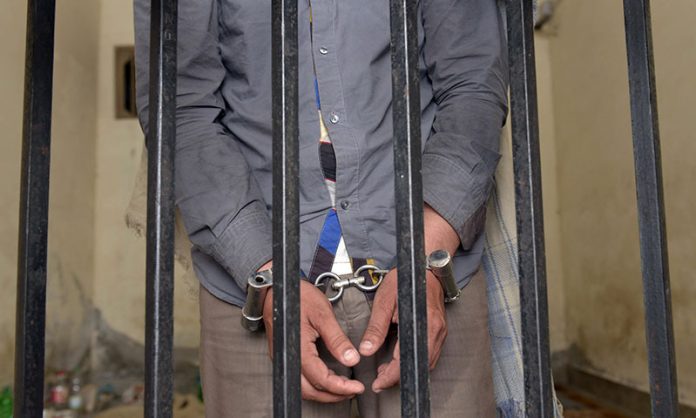 Pakistani Christian Rehmat Masih, who was accused of committing blasphemy, awaits justice despite the lack of substantial evidence against him. Rehmat Masih has spent almost six months behind the bars now, yet no light at the end of the tunnel for him.

Rehmat Masih, was imprisoned on January 3, earlier this year. Details emerged that Rehmat worked as a cleaner in a publishing house. The complainants claim that the pages of Islamic sacred book the Koran were found in a sewage drain, and maintaining that the pages were printed in the same publishing house where Rehmat Masih worked so, he had thrown the sacred pages in the sewage.

On May 31, Rehmat Masih pleaded guilty in a statement to the judge; however, despite the fact there is no evidence against him. Rehmat Masih states that he was unaware of the desecration of the pages and that he did not throw them. Police arrested him, and later on January 19 he was denied bail.

It is claimed that Rehmat was being pressurized by his employers and co-workers to convert to Islam, yet, he repeatedly refused. When he was arrested, the police coerced him to confess the crime, but he consistently denied the charges. Police also threatened Rehmat Masih’s wife and family not pursue legal aid, thus the Christian family faced marked persecution as they had to relocate for the sake of their safety.

Fabricated and baseless allegations of blasphemy are not unusual, but are witnessed sporadically. Misuse of blasphemy law is oftentimes used to settle personal scores, resulting in extrajudicial killings, prolonged trials or imprisonment for protracted periods.