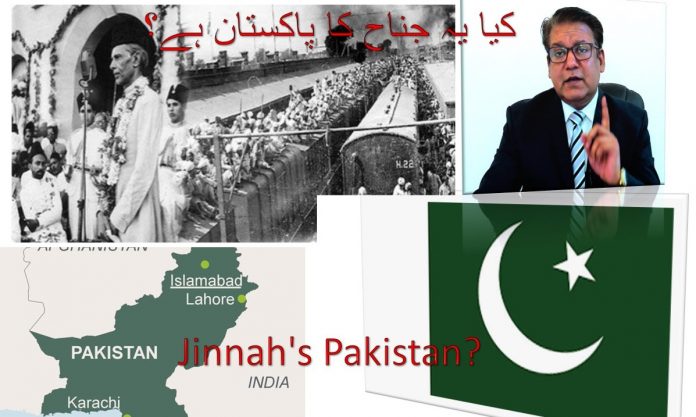 Pakistan was a dream of Muhammad Ali Jinnah, many of us were told that Allama Iqbal dreamed of Pakistan which was a wrong part of history. Jinnah was the sole creator of Pakistan; he wanted a country where all citizens have equal rights.

His speech on August 11, 1947, reflected his vision for Pakistan.

‘’ We are starting in the days where there is no discrimination, no distinction between one community and another, no discrimination between one caste or creed and another. We are starting with this fundamental principle that we are all citizens and equal citizens of one State. The people of England in course of time had to face the realities of the situation and had to discharge the responsibilities and burdens placed upon them by the government of their country and they went through that fire step by step. Today, you might say with justice that Roman Catholics and Protestants do not exist; what exists now is that every man is a citizen, an equal citizen of Great Britain and they are all members of the Nation.’’  Full Speech Click here