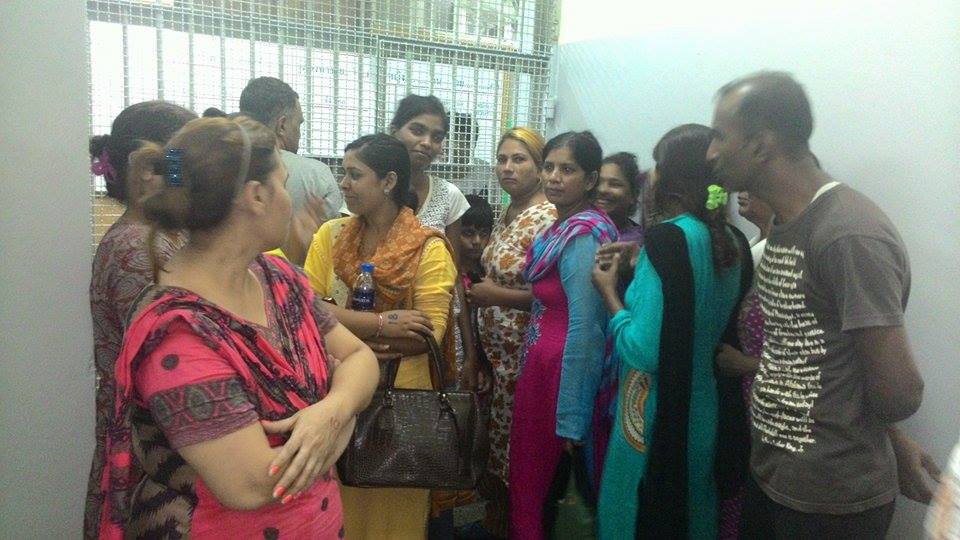 13/3/15 , Bangkok -Thailand :  No hope in eyes and frightened faces of kids, women and men caught from the Capital of Thailand, Bangkok which is the heart of tourist activities in Asia , but has become a nightmare for the Pakistani Asylum seekers from 2nd March till today.

Immigration Police of Thailand, with the military, raided the houses of asylum seekers living in Samrong district. Hours before raiding the houses, the area and streets were cordoned off by Thai military; it was like an operation against Criminals. Asylum seekers from inside their homes kept calling around to their other asylum seekers for prayers, calling UNHCR also for protection, but their fate was unavoidable.

As soon as the operation started, the Thai military smashed the doors and entered in the rooms of asylum seekers and started arresting the people. Minor kids, women, young and old everyone were treated in an inhuman way.

Loads of people were arrested and shifted to Samrong Police station. Many were crying, begging and requesting, showing their asylum seekers certificates but none paid any heed.

We immediately rushed to the Samrong Police station but no one was in the mood to cooperate. All arrested people were held in the car parking area and later on they were be seated on the floor inside the police station and Immigration police  and other authorities were not ready to listen to any request.

Minor Kids were crying for water and milk, women crying and men with sad and fearful faces begged everyone to release them.

From only Samrong district  today  44 Children aged  7 months  to 12 years were  arrested, 43 women, and 35 men. Within last 11 days 176 people including children were arrested by the immigration authorities. We are afraid that they might not do the same which the Sri Lankan authorities did with the Asylum Seekers last year by deporting dozens of Asylum Seekers back to Pakistan.

All families are seeking and waiting for the help of international human rights agencies, especially UNHCR Thailand.

We request all the International Human Rights Agencies to support UNHCR to save these vulnerable lives before it’s too late. We also request all the asylum seekers and refugees to be safe and avoid going outside unnecessarily. Current cleanup operation against overstayed people even having UNHCR registration certificates are not respected by authorities for their right of protection under Universal Human Right declaration.