International Appeal for Justice and Compassion: The Heartbreaking Case of Shafqat Emmanuel and Shagfuta Kausar: By Farrukh Saif Foundation 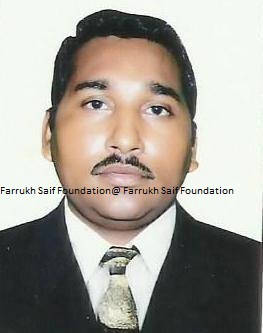 International Appeal for Justice and Compassion: The Heartbreaking Case of Shafqat Emmanuel and Shagfuta Kausar: By Farrukh Saif Foundation

Blasphemy laws have always been a controversial subject for discussion in Pakistan. These laws have put hundreds of members of minority communities behind the bars. It has commonly been observed that section 295- A/B/C of the Constitution of the Islamic Republic of Pakistan has been badly misused by the majority community.

Even discussion and dialogue in relation to this controversial law has taken the lives of two prominent Pakistani politicians, Governor of Punjab Salman Taseer and Christian Minister Shahbaz Bhatti. Both were assassinated in broad daylight in the capital of Pakistan. Similarly many of the victims of these laws were killed in court rooms, jails or in lockups by the extreme elements of Pakistani society.

Since 2009 [we] the Farrukh Saif Foundation (Previously known as World Vision in Progress) have been defending the victims of the Blasphemy Law. During that time we have found that in most cases people had been falsely and even maliciously accused. In some cases they accusations were solely the result of personal vendettas or rumor mongering.

The Pakistani Government has failed to provide security to such victims or to the communities in which they live. The Government may be trying to handle these matters diligently, but it is not handling them effectively. Radicalism in society has reached new and frightening levels and matters regularly spiral out of control and result in vicious acts of mob justice. Many times it has been observed that law enforcement agencies and even the institutions charged with delivering justice have failed in their duty to provide justice due to the enormous pressure that is applied by vociferous and aggressive extreme elements. The atmosphere of intimidation and fear within Pakistan is palpable! 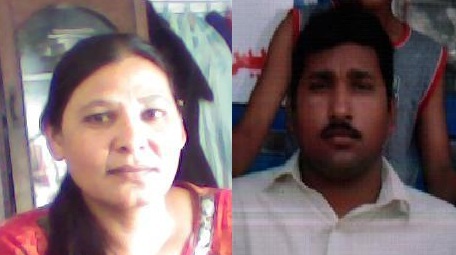 The Case of Shafqat Emmanuel and Shagfuta Kausar

On 20th July 2013 a Christian couple, Shafqat Emmanuel and Shagfuta Kausar, from Gojra City in Pakistan’s Punjab province, were of accused of sending blasphemous text messages and subsequently arrested. The text messages were written in English but both of the accused were uneducated and incapable of writing proper Urdu let alone English.

Even though they knew this and even though they knew that Shafqat is confined to a wheelchair due to an accident in 2004 that resulted in him suffering a spinal injury and causing him to be paralyzed below the chest, the local police proceeded to torture him in front of his wife and children. He pleaded for mercy while the police continued in their attempts to extract a confession from him.

Even under these extreme conditions they failed in their efforts to extract a confession from him. In response to this they changed their approach. They told him in no uncertain terms that if he did not confess then they would strip his wife naked and parade her through the streets of Gojra City. Under such extreme duress Shafqat, a good and faithful husband, felt forced to admit to an offense that he had not committed. As a decent and thoughtful husband he was not willing to risk the honour and physical safety of his wife!

The Gojra City Police in Punjab charged them with blasphemy under Sections 295-B (insulting the Koran, punishable by life imprisonment), 295-C (insulting Muhammad, punishable by death) and 25-D of The Telegraph Act of 1985 – Section 25-D. The complainants, Muhammad Hussain and Gojra Tehsil together with Bar Association President Advocate Anwar Mansoor Goraya did their best to destroy the lives of these innocent Christians. On 4th April 2014 this uneducated couple were given death sentences for sending a text message in English, a language in which they were incapable of writing.

The police failed to recover from their house any mobile phone or SIM card allegedly registered in Shagufta’s name. The only evidence produced by the local police was the receipt from the phone company which stated that the SIM card used for sending these messages was in her name. It is well know that until July 2015 it was very common in Pakistan to purchase any SIM card by submitting any national identity card. During the prosecution our legal team demanded that the police and prosecuting lawyers present a record of the data from the cell phone but they failed to do so. Even the cell phone company denied that they have had such data.

Addition Sessions Judge Mian Amir Habib succumbed to Islamist pressure and handed down the death sentence even though there was not any concrete evidence against the couple. The Judge was completely intimidated by advocate Touqir Ashraf and some other extremist lawyers who were representing the complainants. These men kept pressuring the judge during the entire trial. The whole trial was concluded inside the boundary walls of the prison due to fears for the couple’s security. Even on the day of the final arguments the complainants’ lawyers kept proclaiming Koranic references that called for death to blasphemers. Even the prosecuting attorneys told the Judge that if he will not give them death sentence they were ready to become Ghazi, like Ilamdin Shaheed[1] and Mumtaz Qadri[2], if the judge did not convict them both.

Despite the lack of evidence against the couple and in the presence of obvious intimidation against the proceedings of the court, it handed down a death sentence to this couple!  This whole episode demonstrates clearly and incontrovertibly how easy it is for anyone in the Islamic Republic of Pakistan to persecute any member of any minority group by using this law. Shafqat Emmanuel and Shagufta Kausar are clearly the victims of what can only be referred to as kangaroo court justice.

The Plight of the Children of Shafqat and Shagfuta 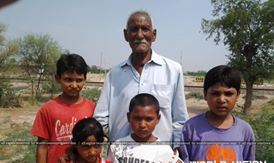 It is bad enough that the police tortured a half dead man with a spinal injury, to confess that he had sent the blasphemous text message. What is worse even than that terrible abuse is the impact on his children.  Since his accident in 2004, his wife  Shagufta has been the only breadwinner for the family’s four children, Zain, Danish , Yeshua  and Sarah.

The children are currently living in our safe house but without their parents. We have arranged for their schooling and to provide for their everyday needs. However, we cannot provide them with what they most need – their loving parents.

Watch this video and listen the cry of Shafqat and Shagufta children;

Shafqat is regularly getting sick with the bed sores and recently 16 blood bottles were used to control is PH level. He cannot go to the washroom nor do anything without assistance. It is so difficult for a paralyzed man to handle all his personal issues while in the jail.

Since the beginning of this case the Farrukh Saif Foundation (previously known as World Vision in Progress) has been protesting against the attitude of the Lower Court. We have submitted the application in the High Court that the Addition Session judge had already made up his mind in advance to give death sentence to the couple. The High Court of Lahore referred back our petition with the direction to expedite the matter.

We would request that the International Community and people of all nations speak out against this terrible and cruel injustice. We especially request that people pray for Shafqat and Shagufta.

In the Month of April the High Court of Lahore will hear the appeal that we filed against the Death Sentence.

[1] Ilamdin Shaheed is admired as a hero by many Muslims for killing a Hindu publisher, Mahasay Rajpal, who  published a book considered blasphemous against the Prophet of Islam in 1924.

[2] Mumtaz  Qadri was a police guard who gunned down Punjab Governor, Salman Taseer, because of his support to Asiya Bibi and for his views on the country’s controversial blasphemy laws. Recently Qadri was hanged in the Aadala Jail in Rawalpindi, but is still a hero to millions of Muslims across Pakistan.