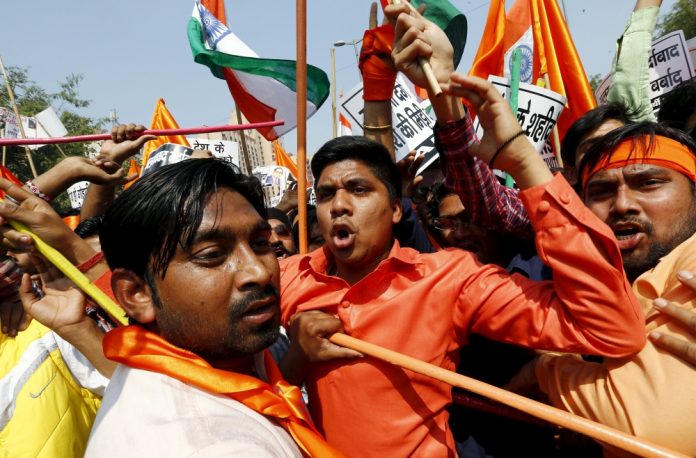 A Christian mother, was brutally attacked when a charged mob broke into her home in with an intention to beat husband. The incident unfolded in India’s Rajhastan State. The woman sustained serious injuries and was taken to a hospital where she received medical attention.

Detailing the incident, a Christian persecution watchdog International Christian Concern (ICC) reported that a mob intended to beat her husband who is a pastor; running a church. The mob intended to intimidate him to close his church. Almost a dozen men broke into the pastor’s house, but the pastor was not present at that time so they attacked his wife. They beat her badly with wooden sticks, the violence continued till she fell unconscious.

Police has declined to register the First Information Report of this incident, as the leaders of the mob are known, but because they are reportedly influential with the authorities and consequently, police have opted to cover the alleged perpetrators.

The woman, who is mother of a one month old baby, has sustained serious head injuries and bruises. Badly bleeding, she was taken to the hospital where she received more than dozen stiches. Her husband while narrating the horrific incident to ICC said: “I couldn’t conduct worship for three Sundays, as I needed to be with my wife in the hospital.”

He said that he had been receiving threats ever since he founded a small church over five years ago, however, despite recent attack and looming danger, he remains loyal to his calling saying, “I cannot run away from here fearing the attacks, I committed my entire life and I will continue to serve God in a same place.”