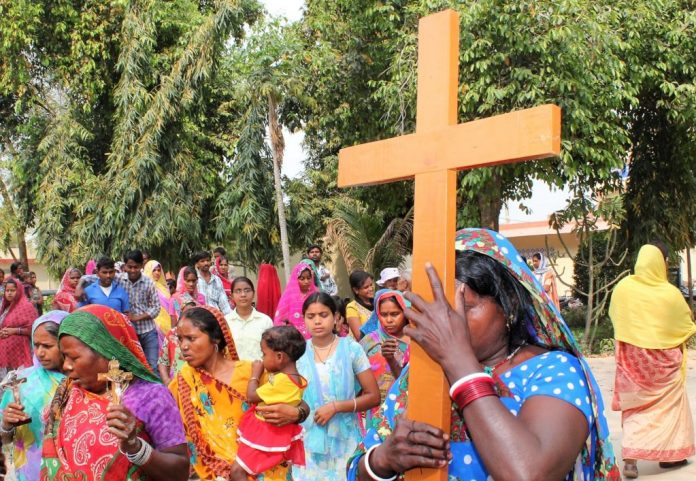 In a note sent to Fides, it was reported that the above mentioned cases were reported on the toll-free number that was made available for the public. A.C. Michael, national coordinator of UCF, stated, “The persecution of Christians in India is escalating, leading to systematic and carefully orchestrated violence against Christians, also through the use of social media, used to spread disinformation and foment hatred.” He said that 502 episodes of anti-Christian violence were reported last year.

The report further divulged that in January 2022, 40 incidents of anti-Christians violence were reported. In February, 35 incidents were reported while in March, 34 cases were reported. Rest of the cases, were reported in April. There were 89 Pastors or parish priests who were beaten up and threatened to stop  conducting prayer services. The data portrays a dire situation, as there were as many as 68 cases of attacks on churches. Consequently, 367 Christian women and 366 children were injured in these cases.  Out of these 127 cases, there were 82 cases of mass violence involving agitated mob of radicals.

There are 42 cases of religion based violence pending in various courts. Despite the fact that the provision titled “Freedom of Religion Act,” is present in various Indian states, there are sporadic incidents of anti-Christians violence. On the other hand, this act is being highly misused as a basis for accusing the pastors and missionaries of “forced conversions.”