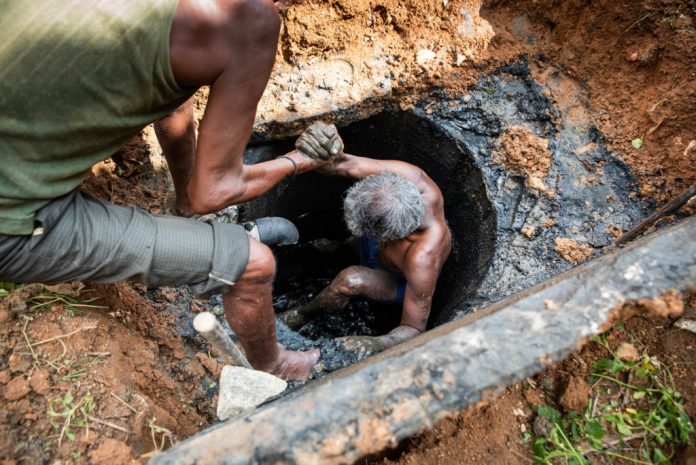 Pakistan’s sanitary workers especially hailing from the Christian community are heavily laden by the polemic, social stigma and bigotry and above all risky working conditions. The plight of these sanitary workers has been brought to light by a recent report titled, ‘Unequal Citizens: Ending Systemic Discrimination against Minorities’.

The dilemma of these sanitary workers was highlighted in this report compiled by the National Commission for Human Rights (NCHR) in collaboration with the European Union (EU). The report said that these sanitary workers are left with no other choice but to toil in hazardous work environment, accompanied by insufficient safety equipment. Moreover, they lack job security and there compensation amount paid to the injured sanitary workers is relatively low. Furthermore, in cases of fatality during the discharge of duty, the families of the deceased are not paid adequate compensation amount.

These marginalized sanitary workers have serious reservations about their excessively negative media representation and the effects it yields. Sanitary workers, despite being less educated, are aware of the impact media has in today’s society. So they demand that the mainstream media should highlight their concerns like health-related problems caused due to their work, less payment, lack of proper safety equipment and fair treatment in society, but in an effective manner. On the other hand they voice complains that they do not have enough representations in the mainstream media.

In an event organized to launch the fact-finding report by the NCHR, another collaborative project was launched. Furthering efforts to help the marooned minorities, the National Commission For Human Rights joined hand with the two times Academy Award winner Sharmeen Obaid Chinoy to depict the plight of the minorities in Pakistan. This five-part short documentary series ‘Forsaken’ titled “Ending Systemic Discrimination Against Minorities” was launched in the event. One of the five short documentaries; focuses on the plight of Christian sanitary workers.