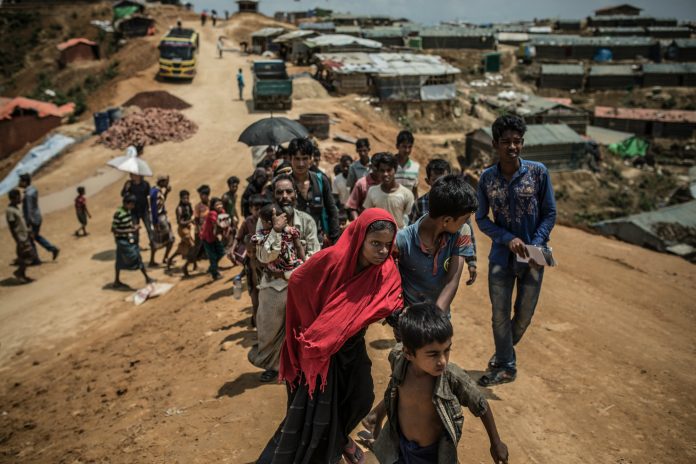 On August 16, United Nations High Commissioner for Human Rights, Michelle Bachelet paid a visit TO the Rohingya refugees’ camp in Ukhia, which is an administrative region in Cox’s Bazar District of Bangladesh. She emphasized on a relatively different dimension while stating that it is not safe to repatriate the Rohingyas.

On the other hand, the refugees were hopeful that the UN’s High Commissioner for Human Rights would help in paving their way back to Myanmar. While meeting with the refugees, she apprised them that the situation in the Rakhine state is not favorable for them as yet. In an attempt to console them, she said that they will have to wait patiently, till their repatriation is safe for them.

The turmoil for the Rohingyas stated when the Myanmar Military initiated a mass massacre of the Rohingyas then, settled in the Rakhine state. The massacre was initiated on August 25, 2017, which resulted in large scale killings as well as a major refugee crisis in the region. Sensing the magnitude of the crisis, Bangladesh started giving shelter to the dispersed Rohingyas on humanitarian basis.

However, Myanmar has done very little regarding the repatriation of the Rohingyas. While trying to convince the international community that Myanmar intends to take the Rohingyas back, the actualization of these claims has proved to be nothing but empty words.

Regarding the repatriation of the Rohingyas, back in 2017 a 19-point agreement was signed between Myanmar and Bangladesh. Nonetheless, the practical implementation of the agreement is still far from realization. Later on August 22, 2019, Myanmar made an announcement that a total number of 3,450 Rohingya refugees will be divided in seven groups and repatriated. Nonetheless, this announcement is still not fulfilled by Myanmar.