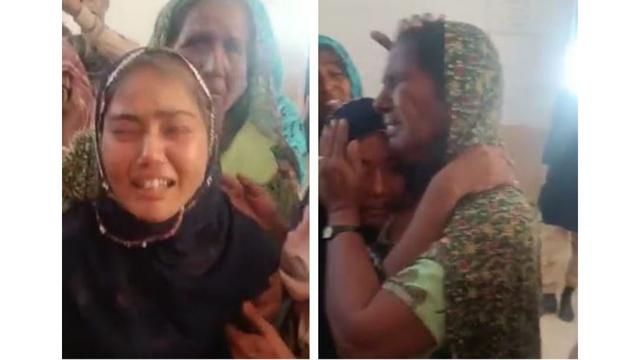 Pakistani court has ruled that the abducted Hindu minor girl be handed back to her abductor who is her so-called husband. The victim Chanda Maharaj, was abducted from Hyderabad, a city in Pakistan’s Sindh province. 15-year-old victim Chanda was abducted on August 12, from Fateh Chowk area of Hyderabad city. She was allegedly forced to convert and married to a Muslim man, despite the fact that she is legally well under the minimum age for marriage.

A Pakistani court while hearing the case, ruled that Chanda’s conversion to Islam and her marriage were valid, and ordered that the girl should go back to her husband.  The decision comes, despite the fact that the law has lays down the minimum age for a girl’s marriage as 18 years.  The victim was also present in the court, accompanied by her mother during the hearing.  Chanda cried desperately after the decision was announced.

After the abduction, no action was taken against the perpetrator identified as Shaman Magsi. Last week, her parents approached media seeking help in getting their daughter rescued from the custody of the abductor.  Her family has confirmed that when the incident unfolded Chanda was not alone, she was walking home along with her elder sister. Chanda’s elder sister is an eye witness that Shaman Magsi had forcibly pulled her in his car.