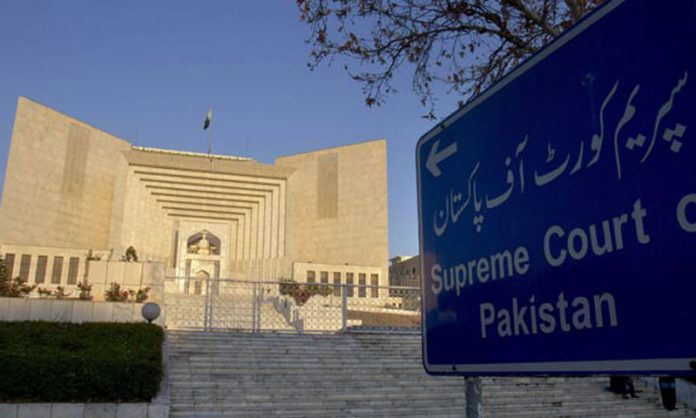 Marking 8th anniversary of landmark judgment by Pakistan’s Apex court, a conference was held which was attended by noted members from minorities. Speakers lamented the fact that implementation of the verdict is far from being implemented completely.

The Supreme Court had taken Suo Moto action reacting to a petition filed by the Justice Helpline regarding the deadly blast on Peshawar’s All Saints Church and various petitions filed by the Hindu community about desecration of their worship places in addition to the news reports regarding threats to the Kalash tribe.

On June 19, 2014, the Supreme Court of Pakistan in its epic ruling issued directives regarding minorities and their rights. Then Chief Justice Tassaduq Hussain Jillani, headed the bench which comprised justices Azmat Saeed and Mushir Alam gave a verdict that proved to be milestone but unfortunately, it’s implementation is in a limbo. The judgment acknowledged that “There is a general lack of minority rights among people and those entrusted with law enforcement are also not fully sensitized to this issue either.”

SC had directed the government to establish a National Council for Minorities, to develop a curriculum promoting interfaith peace, for implementation of job quota, for curbing hate speech. The Council was to take effective measures to generate social and religious tolerance in the country and penalizing human rights abuses against religious minorities.

However, after 8 years, there little progress in implementation of the SC verdict. The speakers said that quality of implementation has improved gradually after the one-man-commission was constituted by the Supreme Court, however, overall implementation is lagging.

Mr. Peter Jacob, Executive – Centre for Social Justice  said that the federal and provincial governments had only so far achieved 22 per cent compliance in eight years, he added that if it goes on this pace it will require 24 years of wait for full compliance with SC’s verdict. He strongly refuted Federal Ministry of Education’s claim before the Supreme Court that the curricula textbooks were in compliance with article 22 (1) of the Constitution of Pakistan.

Speaking on this occasion, retired Justice Nasira Iqbal said: “Eight years since the passing of the Jillani judgment, and we are still waiting for its implementation. It is the responsibility of the government to implement court orders and address serious issues that minorities face in Pakistan.”