Christian asylum seekers in Bangkok are being arrested during Christmas season; Shame on UNHCR :- Farrukh H.Saif 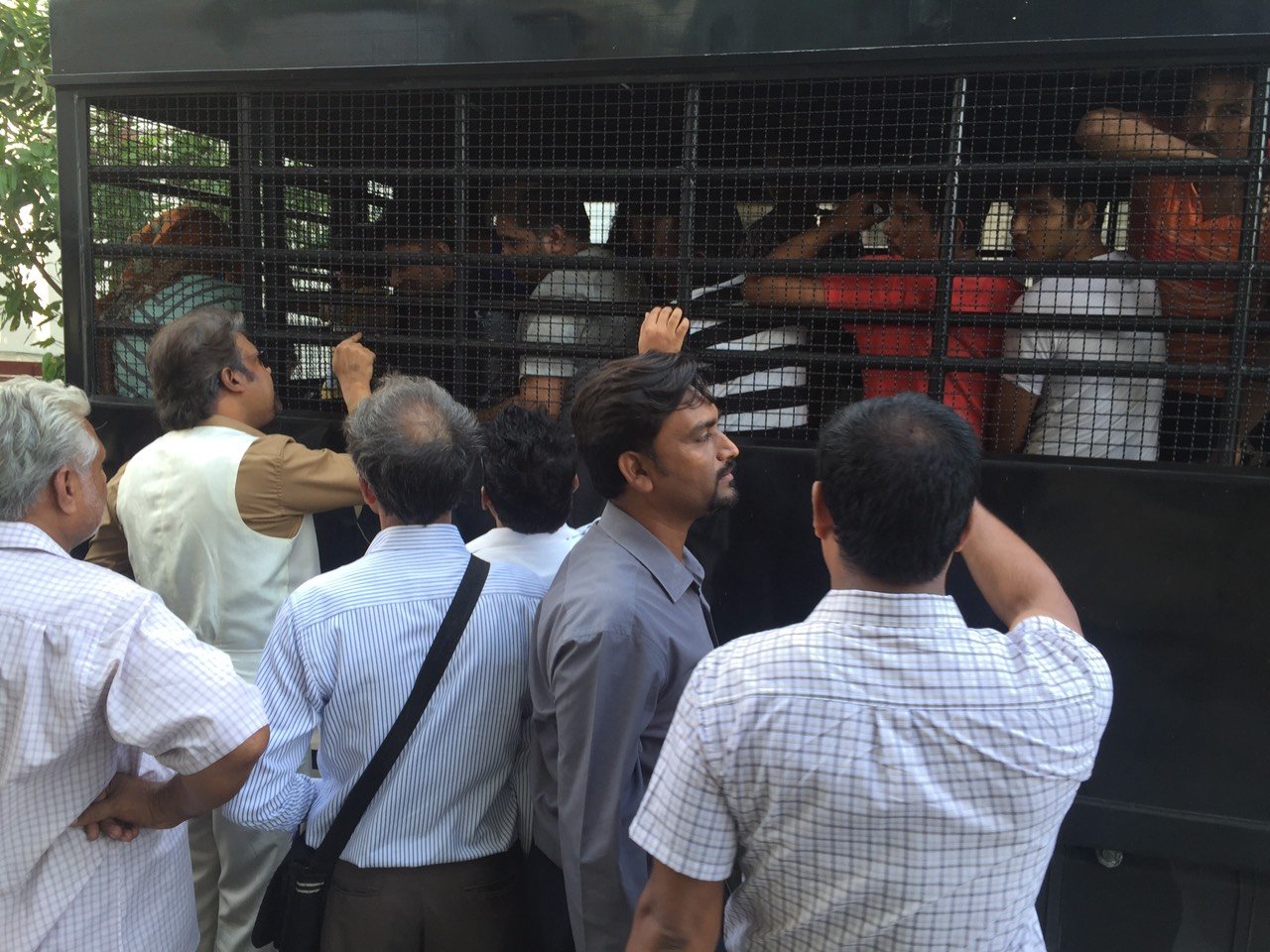 They were tortured in Pakistan physically and psychologically for being followers of Christ. Their houses were burnt for adoring the one and only true living God. They were jailed because of glorifying His name and not refusing the fact of His existence. Eventually they left Pakistan because they were not allowed to worship Christ freely.

The hopes for a free life brought them to Thailand where they blindly trusted UNHCR for being resettled to the safe third nations where they would be able to reside with equal rights and the essential religious freedom. But UNHCR broke their trust by not treating them as they should be treated as per the constitution of UNHCR.

More than 4000 Pakistani Christians are stranded in Bangkok and their future is hanging in an endless limbo. There is no education for their children, no accommodation, no jobs, lack of food and above all the uncertainty of being arrested anytime by the Thai immigration which consider them illegal immigrants despite they hold a piece of paper issued by UNHCR which contains the shit value.

Raids on Pakistani Christian asylum seekers residences is not something new but it is extremely cruel and heart breaking action from the Thai authorities to raid and arrest these helpless people in the Christmas season when they are preparing to celebrate the birth of their Savior Christ. On December 22nd 1 kid & 6 adults were arrested. And today on December 24th 25 people including 10 kids have been arrested.

Is it just a random immigration raid or a well-planned action in cooperation with UNHCR Bangkok? UNHCR has been insisting Pakistani Christians since a long time ago to return to their homeland and face persecution. That is what makes us think that UNHCR is somehow involved in the current raids on Christian’s premises. On their detention UNHCR doesn´t take any action to get them released. The telephone lines are always busy or the calls are put on hold for hours and hours. Seems like it is a deliberate and cunning conspiracy to make the Pakistani Christian asylum seekers tired, discouraged and eventually return to their death.

Is it a crime to run from the persecution? Is it a crime to seek asylum according to the international law? Is it a crime to hope for the better future for one´s family? Above all is it a crime to love Lord Jesus Christ? If not, then why these poor people face such cruel action of being raided and arrested during Christmas and are deprived of their right to adore Jesus?

It is a shame for an international institution like UNHCR holding enormous power and unlimited funds but not helping at all the Pakistani Christians. On the contrary Muslims, Ahmadis, Rohingyas, Syrians and Iraqis etc. are welcomed with wide open arms. Is it not the discrimination? Are we still living in the era of apartheid?

Farrukh Saif Foundation has been helping these Christians in many different ways and we assure everyone to continue standing beside you. For being humans sometimes things are out of our reach or the rules and regulations prevent us from helping you immediately but please be assured that we feel the equal pain for your suffering as you feel it and with the help of Lord Jesus Christ we shall find ways to make reach you help that you need and deserve.

At the end I would like to leave a message for UNHCR: “I am out of my patience now. You tortured my people and I kept silence as I wanted you to correct your mistake and return to the right path but enough is enough. Farrukh Saif is not going to allow you to persecute his people anymore. Get ready for the legal actions. No matter you help my people or not, I will help them as my heart cries for them. They are part of the body of Christ and that is how they are my brothers and sisters. Shame on you UNHCR.”