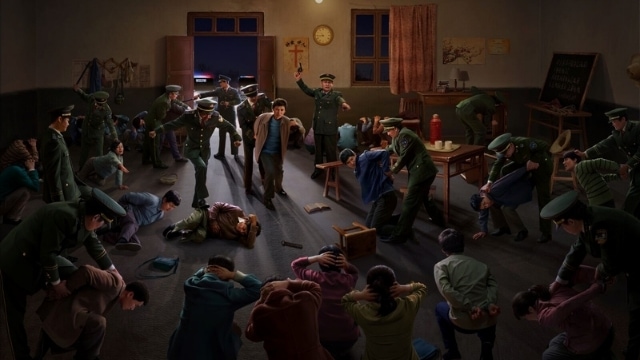 Chinese police conducted a raid on a church during Sunday service on August 14. The policemen locked the doors and refused to let the church members go unless they prove their identification. The church under police scrutiny has been identified as the Early Rain Covenant Church (ERCC).

In keeping with the details, sixty members of the Chengdu-based ERC church were released by the police once they proved their identity however, one member named Xing Hongwei refused to provide his identification. He was booked by the police and was later handcuffed and taken away by the police. Hongwei was subsequently, charged with assaulting the police.

The incident unfolded when the church was holding in-person service at a local tea shop. About 20 policemen stormed in some of them were even in plain clothes.  The policemen announced that ERCC was disbanded, therefore the gathering was illegal. Shortly, they locked the doors and did not allow anyone to leave until they presented identification.

When Xing Hongwei was asked to provide his identity, he showed reluctance and resisted the police. He was arrested and led away along with his wife, Zhao Qing. The rest of the church members gathered outside the police station and waited for his release. He was transferred elsewhere and the police informed that he would not be released anytime soon. His wife confirmed that the police had charged him for assaulting the police.

The ERCC members said that Xing Hongwei is a gentle man. He’s committed to charity works, mentioning his commitment towards education as he had already translated many books on missionaries. He was arrested previously in 2019, when he was detained for 10 days after he had protested when the police had beaten ERCC pastor’s mother. It was revealed that Hongwei was infected with meningitis in 2021, and was still recovering from the disease and is on medication.

In a statement the ERCC said, “The criminal detention of brother Xing is a persecution of faith by the authorities. It is an extension of the 12.09 crackdown and oppression against ERCC. This type of clampdown is coherent and ongoing. The police should stop persecuting and repressing our church, treating our members as second-class citizens as if we were in the Cultural Revolution era, because God’s judgment is real.”

While remarking about the recent incident about targeting the ERCC, Gina Goh the International Christian Concern’s (ICC) Regional Manager for Southeast Asia said that, “China’s ongoing crackdown against ERCC is the prime example of how Beijing continues to disregard religious freedom for its people even if the Constitution guarantees this right.”

“Since the incarceration of ERCC Pastor Wang Yi and elder Qing Derfu in 2018, the government has not ceased its harassment and persecution of the house church. The government’s goal is to see all house churches go extinct so they can fully control Christianity in China.”