Are the Pakistani Christian girls not human? (By: Farrukh H. Saif) 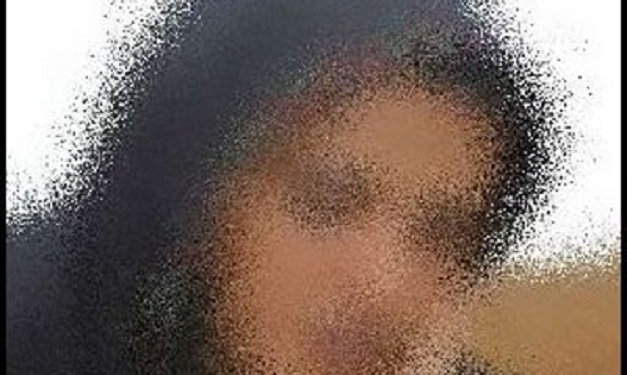 The alarming situation of Pakistani Christian girls has been much ignored by the media and international community for decades. Every year 700 Christian girls and women are kidnapped, forced to convert to Islam and enter into forced marriages for Muslim´s sexual pleasure.

During the period of abduction the kidnapper uses the girl as sex slave and she also become the victims of domestic violence. Unfortunately, this is happening since last 6 decades but the world is silent over this version of Persecution in Islamic republic of Pakistan.

We are surprised that when it comes to Syrians and Iraqis, the entire world including Vatican urge to take those people in as refugees, but when it comes to Pakistani Christians, NO-BODY bothers. This is not a joke that every year 700 Christian girls are forcibly converted to Islam; almost 700 families are physically tortured by Muslim Majority. IS THIS NOT THE PERSECUTION?

According to the report published by Pew Research Center in 2012; Pakistan is at the top of a list of 198 countries suffering from Social hostilities involving religion. Even after knowing such truth, the International Community is making lame excuses in considering Pakistani Christians as a Persecuted Community.

If the International community thinks that burning of Christian colonies is not the persecution, then undoubtedly the situation of these vulnerable girls who ever year are being abducted by Muslims in Pakistan is not considered persecution as well. That’s a huge shame for the so called human rights respecting nations. The young Christian girls, who are mostly from 15 to 35 years of age, belong to poor social class and Muslims often take advantage of their lowly condition.

This estimate is according to the officially reported cases; however the true extent of the problem is much bigger as majority of such cases never come on surface due to cultural boundaries and fear of honor destruction.

These stereotypes have destroyed many lives because victims are forced to be silent as it will damage the family’s and community’s reputation. Often complaints are not filed due to the constant threats. A few complaints that come to the courts filed by the girls usually end with intimidation, threats to the family and fabricated fact that the girl has been converted to Islam by marrying a Muslim willfully, so the case is closed. Or sometimes the abductor threatens the girl that if she would not speak in his favor, he would kill her whole family.

In 2013, three Pakistani Muslim men kidnapped a 15 year old Christian girl named Shama, after having an argument with her father over converting to Islam. When her father, Nasir Masih went to a local police station along with other Christians to register a complaint against those three men, he was told that his daughter had embraced Islam and is now married to Umar Asghar, one of the three Muslim men. Police humiliated Nasir Masih along with other local Christians, threatening them to put them in jail if they come back. The victim was rescued by our team. She reported being raped and tortured many times. We can only hope for the justice for these Pakistani Christian girls. The damage done to her may haunt her for the rest of her life and yet the offender may be roaming around freely using political power and social influence. Pakistan will remain an illiterate country until it learns to respect its minority women. A country where minor Christian girls like Shama are abducted and raped is surely a place of persecution for the religious minorities.

Abductions, forced marriages and conversions have become a disturbing trend in Pakistan, authorities rarely take action and the girls are never returned to their families. If the girls are raped and become pregnant, it is nearly impossible for the courts to get them released from their captors. If some girls do manage to escape and attempt to return to Christianity they are considered apostates and are liable to be killed, despite the fact that they were forcibly converted to Islam. Once a Muslim, always a Muslim!

Rape is being used as a weapon of persecution against Pakistani Christian girls; Christian girls are treated as third-class citizens and are expected to commit to low paying jobs only. In the Islamic republic of Pakistan Christian girls are particularly victimized to these types of crimes because Muslim authorities are reluctant to protect them when their rights are being violated by their compatriot Muslims.

Isn’t it ironic when often authorities close cases after the victims claim out of deadly fear, that they converted by their own will? Isn’t it obvious that their violent Muslim husbands must have tortured them enough to force them for lying?

Their logic gets blinded when it comes to the point; was it necessary for the victim to convert to Islam before marrying, why did the man not marry her without involving a conversion? It is done to make sure that victims are not left with many options. If they think of converting back to Christianity they are ought to be killed anyway for apostasy. At the age of studying, learning, playing and just being normal girls, those seven hundred Christian girls are abducted, raped, tortured, forced into forced marriages and converted to Islam every year.

Despite knowing about the severe persecution with the Christians going on in Pakistan, The International community is still silent. It’s time for the Western World to stand together with the Pakistani Christian Community and raise their voice against the injustice being done to the Christians in Pakistan.