Another Christian Girl Aisya Masih ,raped and Forced to convert to Islam 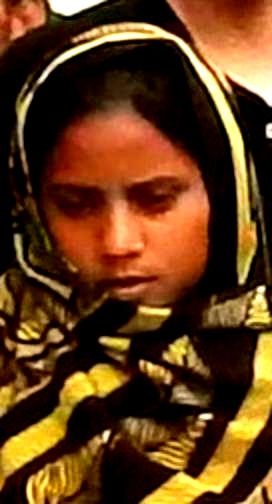 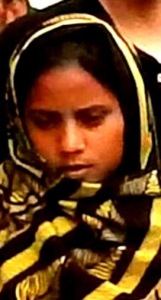 A young Christian girl named, Asiya Masih, daughter of Francis Yaqoob, aged 14 years, was a resident of Chak no.198 EB, District Vihari. Francis Masih worked as a laborer in the fields of the landlords. Due to the poverty, Asiya Masih also helped her parents in the fields to earn some more money for the family.

On 11th November, 2012, she went to the fields to pick cotton flowers from the fields. The two culprits, Mohammad Javed and Mohammad Mumtaz who are the influential persons of their area,  abducted her from the fields and took her to some unknown place. They took thumb impressions of Asiya Masih on different papers and forcibly converted her to Islam. They also raped her and tortured her for 11 days.

When Francis Masih came to know that Mohammad Javed and Mohammad Mumtaz had abducted his daughter, he made a complaint in the local police station but the police did not cooperate with him. Afterwards Javed and Mumtaz called Francis Masih and threatened him that if would contact the police, they would kill Asiya Masih. They also proposed Francis that if he wants his daughter back, then he would have to give them a written document that he would not take any police action.

Afterwards with the help of Farrukh Saif Foundation previously known as world vision in progress and Chaudhry Riaz Bashir, who is an influential Christian businessman,  Francis Masih got his daughter back on the 22nd of November. But the Paish Imam of the local mosque has announced yesterday that as Asiya Masih was converted to Islam, she cannot live as a Christian again, if she did not follow the Religious customs of Islam , She and her family will face the consequences . He also announced that all eight Christian families of the village should be banished and their houses should be burnt. And today at 5:00 P.M they are holding a meeting of Muslim clerics in Chack No- 198/EB District Vihari . WVIP Team leader of South Punjab and Legal Advisor Mr. Lazar Allahraka is making every effort to help these Christian families as well Aisya Masih. The Executive Director of WVIP Mr. Farrukh H. Saif Requested the international community to lift their voices for the defenseless Christian Girls and women in Pakistan.