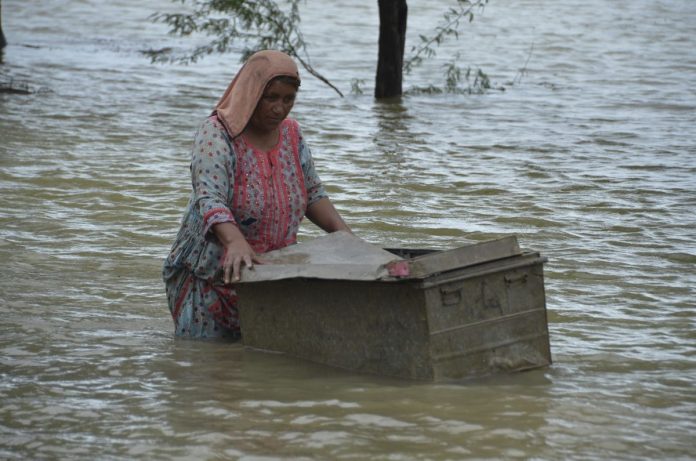 The already battered Afghan refugees are among the 33 million people in Pakistan who have been affected by recent torrential rains and flooding. The Afghan refugees who had sought refuge in Pakistan, from the tyrant regime of the Taliban have been uprooted once again by the unexpected rain and the flood.

Pakistan has suffered regular flooding in the past, but this year’s flooding has been on a mass scale. The devastation is somewhat closer to the catastrophic floods of 2010 that left a death toll of almost 2,000. This year’s monsoon floods have killed over 1300 people already, while almost 33 million have been affected by torrential rains and flash floods. Moreover, 6.4 million people  have been rendered shelter less who are desperately in need of shelter, food and other essentials.

According estimate Pakistan is home to 1.3 million Afghan refugees, moreover, over 421,000 of these Afghan refugees are among those that live in the worst affected areas. Many among the Afghan refugees have come to Pakistan for the purpose of receiving medical care, to study, work, to find safety temporarily or else to transit to another country.

Unprecedented monsoon rains and melting glaciers in Pakistan’s northern mountains have brought floods that have run havoc in every area that was in way of the flood water. Approximately 33 million people have been affected and at least 1,314 killed, including 458 children, Pakistan’s National Disaster Management Agency confirmed.

The recent floods have led to an escalating humanitarian crisis. The relief effort will be a huge burden for already reeling economy of the country. Pakistan is in desperate need for the International Monetary Fund’s aid. In this matter, a delegation of three U.S. lawmakers visited the flood affected areas on Sunday, September 4. They assessed the damage and possible ways in which the flood affectees can be succored.