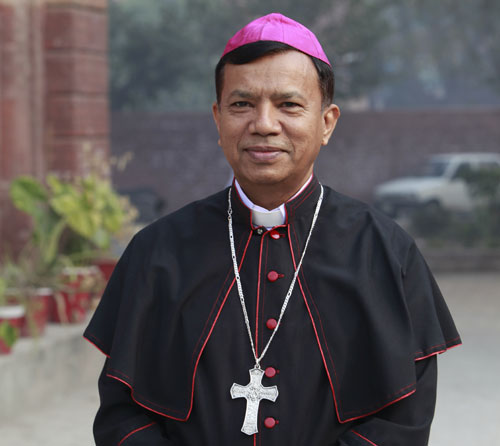 The Archbishop of Lahore Sebastian Shaw, O.F.M. during his recent visit to the United States opens up about the dilemma of the Pakistani Christians. He lamented about the prevailing misuse of the blasphemy laws and the escalating incidents of abductions and forced conversions of the minorities’ girls.

During his interview in New York, he spoke not only about the challenges but also the Church’s response to the predicament.  Talking to a persecution watchdog Aid To The Church In Need- USA, he said that one of the major set backs that marginalized Christian community of Pakistan faces are in the form of blasphemy laws. He said that Pakistan is a predominantly, Islamic country where blasphemy cases involve alleged blasphemies against Islam.

The Aid To The Church In Need has joined hands with the local church in supporting the marooned Christians in Pakistan. The Archbishop said that the Church remains as a unique institution that represents the underprivileged and marginalized communities. The CAN not only supports the pastoral work but also has developed mechanism to address the issue of abductions and forced conversions of Christian girls in Pakistan.

The Pakistani prelate while talking about the blasphemy law said that the Section 295-B and 295-C of the Pakistan Penal Code strike death sentences to the convicts. He added that numerous rights activists have called for the laws to be repealed and chalked out in line with the international standards. Asia Bibi’s case has brought this issue under spot light, he said.

In case, he continued, even if the accused is somehow acquitted of the blasphemy charges, the peril of extra judicial killing or violence is imminent. Mob violence in such cases has become normal, even the police fail to control the agitated mob.