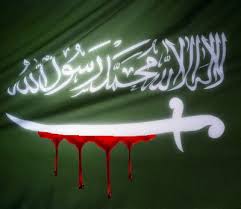 Islamabad – 7th August 2014 :Prof Salamat Akhtar Chairman All Pakistan Christian League has strongly condemned the constant threats of dire consequences to the family of Mr. Nazam Sajjad, a Veteran Human Rights Activist, a well-known Socio-Religious worker and a leading businessman of Islamabad from a very resourceful and Influential Muslim Family and afterwards through some organizations. He was addressing a high powered meeting of All Pakistan Christian League, held under his Chairmanship in Islamabad the other day. He added that a few years back a Muslim Girl fell in love with the Young Christian Boy named Naeem. She did not only marry him against the will of her parents but also accepted Jesus Christ as her Saviour. Her family threatened Naeem’s family to pay back in the same coins. They attacked Naeem and his family several times. When Mr. Naeem managed to go abroad to save his family, they made the life Mr. Nazam Sajjad and his family unbearable rather hell like. One day they attacked his family to butcher them or to take their daughters with them but he was lucky to escape with his family. Mr. Nazzam Sajjad is constantly receiving threats from them in different ways. The Christians of Pakistan share is grief and agony equally. Rev. Samson Bhatti, Rev. Azeem, Amar Sandhu, James Allah Ditta, Amar Riaz and Shakeel Mansoor also addressed the meeting. They all pledged to stand by Mr. Nazam Sajjad through thick and thin. The participants decided to arrange a very big meeting of Christian leaders in the next coming days to make a concrete strategy to find out , how we can help this innocent family. The meeting was ended with the special prayer for the family of Nazzam Sajjad.