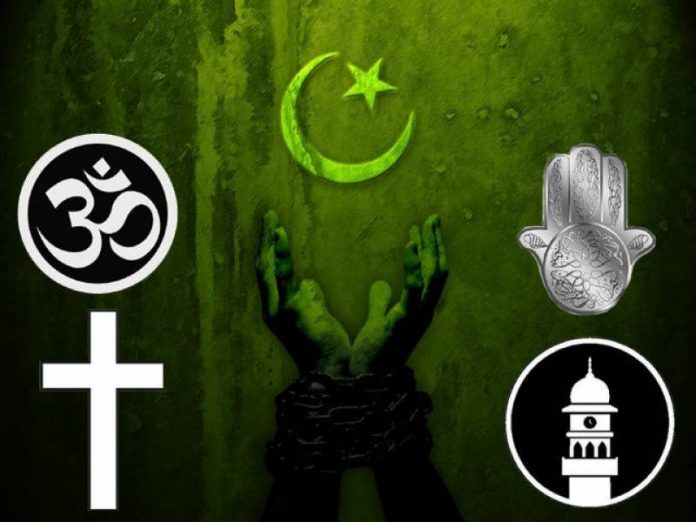 Non-Muslim employees of government are underpaid while half of the posts reserved for the minorities’ remain vacant. Financial and social instability is just another way of pushing the minorities to the wall. A report titled, ‘Unequal Citizens: Ending Systemic Discrimination against Minorities’ brings out alarming scenario in the government sector.

This report was chalked out by the National Commission for Human Rights (NCHR) in collaboration with the European Union (EU). The report states that the reserved posts that are filled by the minorities’ employees 80 percent are employed in low paid work from BPS 01 to BPS 04 with relatively meager salaries. Moreover, the minorities’ employees are working in hazardous conditions; lacking adequate safeguards and equipment which otherwise should be provided by the authorities.

This report pointed fingers at the fact that the minorities employees employed at low paid jobs lack insufficient safety gear, job security and relatively less or no low compensation for cases of hurt and death. Some cases of non-Muslim sanitary workers who met with devastating accidents while unclogging the manholes were also cited in this report.

The Commission had therefore; put forth recommendations to rectify the worsening situation for the minorities’ employees. It was recommended to ensure the safety of the sanitary workers, payment of fare wages, providing social and health care services to these workers. Furthermore, it was suggested to end the discriminatory employment quota, ban publishing of discriminatory job advertisements and to ensure public transparency in the number of minority posts filled.

Chief Justice Islamabad High Court Justice Ather Minallah while addressing an event organized by the National Commission for Human Rights (NCHR) said that three of his ideal judges hail from the minorities communities of Pakistan. Justice Ather Minallah further said it is the duty of the state to cultivate and nurture diversity. “Human rights violations occur because of the abuse of rule of law. Under constitution, every citizen is equal. Still we have the term ‘ordinary citizen’ commonly used.”