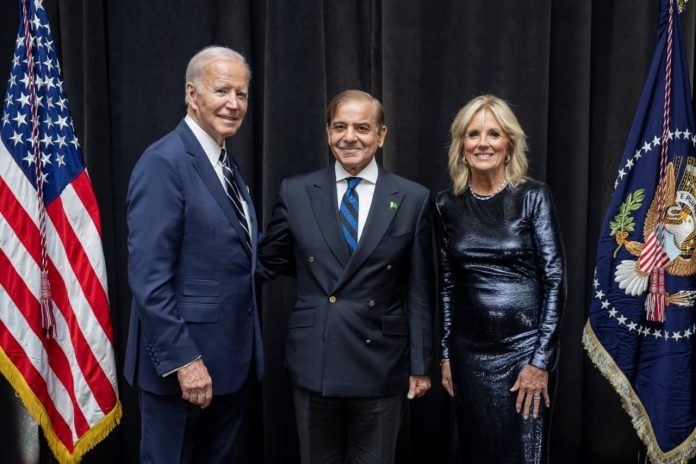 President of the United States Joe Biden has showed determination in helping the flood-devastated Pakistan.  The US president reiterated that the US will continue to support Pakistan during the recent calamity. Pakistan has been struck with natural catastrophe as extreme climate changes caused worst floods in the country.

In a meeting between the Pakistani Premier Shahbaz Sharif and US President Joe Biden, which was held on September 22, Thursday in New York the US President reassured Pakistani PM that the US would continue to extend support to the people affected by recent flood. Both leaders met at a reception held for international leaders participating in the 77th United Nations General Assembly (UNGA) in New York.

The US President while remarking about the recent devastation wrecked by the flood, expressed sadness and grief over loss of lives due to the devastating flood. He voiced sympathies for the people affected by the flood.

In an official statement, it was stated that Pakistani Premier Shehbaz Sharif expressed gratitude towards the US President for his sympathy and condolences for the loss of several lives in Pakistan due to recent flood. PM Sharif also thanked US President for supporting Pakistan and for urging the international community to step forward and help the flood victims.

PM Sharif also extended gratitude towards the US government and United States Agency for International Development (USAID) chief for visiting Pakistan and said that he was grateful for the aid sent for the flood-affected people.

Web Desk
FSF remains focused on succoring the victims of social, constitutional and religious discrimination in countries across the globe.
RELATED ARTICLES
Continue to the category
Flood In Pakistan