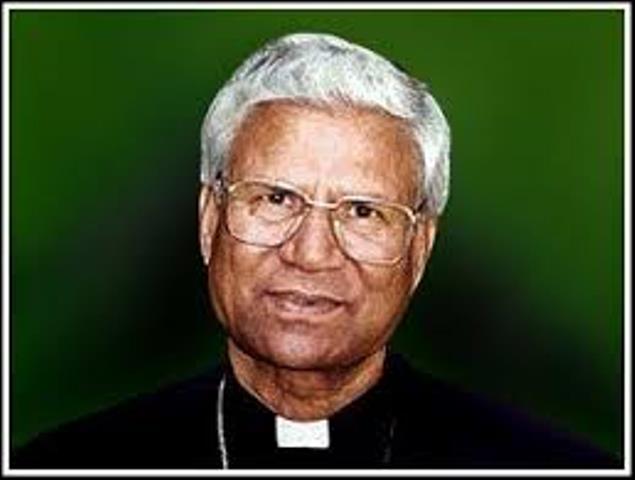 Pakistan’s Christian community and the civil society commemorate the distinctive sacrifice of Bishop John Joseph for the sake of religious freedom in Pakistan. In the wake of devastating incident that unfolded on May 6, 1998, when Pakistani cleric Bishop John Joseph shot himself in protest against the conviction of a Pakistani Christian in a fabricated blasphemy case.

Years later, his valour is still commemorated not only by Pakistan’s Christians but also the civil society. In this regard, a seminar was conducted on May 6, 2022. The attendees panegyrized Bihop John Joseph’s bravery and unrelenting commitment to stand against religious intolerance. Many of the attendees reflected upon the untiring efforts and character of Bishop John Joseph saying that orchestrated religion based violence must be curbed in order to sustain the country as one nation.

While addressing the attendees on this occasion, Human rights activist Hussain Naqi said that the state is responsible for the protection of the minorities. “In Pakistan many Muslims were killed on blasphemy charge where the intention was to get hold of their property,” he said.

Peter Jacob, the Executive Director of CSJ said, “It is time to stop the use of religion card as it has destroyed lives and undermined the justice system. No government made serious effort to stop the misuse of the law. He emphasized the implementation of the recommendations made by the judicial inquiry after the Gojra incident in 2009 to address the issue of abuse of blasphemy laws.”

Saroop Ijaz- Lawyer and Senior Counsel for Asia Human Rights Watch, said, “Religious intolerance in Pakistan is enabled and sometimes even encouraged by discriminatory laws and policies which violate the foundational principle of any modern, egalitarian state: equal citizenship.”

Wajahat Masood, Chairperson of CSJ said, “New forms of faith-based injustice have emerged including mob-lynching, forced conversions, displacement, extortion, desecration of places of worship and kidnapping under the garb of marriage. Our job is to protect their right to faith. We were told we were going to be equal citizens of Pakistan. It’s a long journey but Pakistan has the potential to rise above discrimination and injustice.”

Bishop John Joseph born on November 15, 1932 was the first ever Punjabi Catholic priest and the first Punjabi cleric to serve as the Bishop of Diocese of Faisalabad. He was untiringly striving to get Ayub Masih acquitted from false blasphemy charges. However, when the court pronounced him guilty, handing him death sentence Bishop John Joseph committed suicide in front of the Sahiwal court in protest against the unfair ruling.