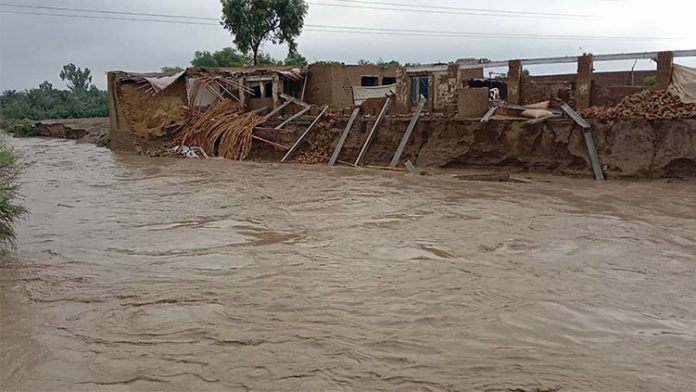 Amid the aid that continues to reach Pakistan, as planes carrying the aid reached the country. The international community is paying attention to Pakistan’s plight, as the death toll and number of people affected has surged. An initial estimate by the government claims that the rain and flooding have caused a damage of 10$ billion damage.

“The scale of devastation is massive and requires an immense humanitarian response for 33 million people. For this I appeal to my fellow Pakistanis, Pakistan expatriates and the international community to help Pakistan in this hour of need,” Federal Planning Minister Ahsan Iqbal said at a news conference.

Pakistani officials and experts are blaming the unusual monsoon rains and flooding on the climatic changes. The United Nations Secretary-General Antonio Guterres, earlier this week called on the international community to stop “sleepwalking” through the deadly crisis in Pakistan. He is scheduled to visit Pakistan on September 9, where he will tour flood-hit areas and meet Pakistani officials. The United Nations and Pakistan issued a joint appeal for 160$ million in emergency funding to help the flood affected people. The flooding has damaged more than one million homes.

In Pakistan, a Sri Lankan man was beaten and burnt by a mob in the name of Islam