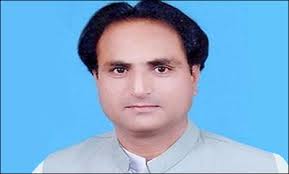 Islamabad : 14th June,2014 Mr. Farrukh Saif the Head of FSF  strongly condemn the assassination of Christian Member of Bolochistan Provincial Assemble Mr. Henry Masih.  He was Shot down by his own security guard “Ghulam Mohiuddin” Outside of his residency in Quetta on June 14, 2014.

According to Police Officer  Abdul Razzaq Cheema “Handery Masieh was meeting with supporters from the ruling National Party outside his home in the southwestern city of Quetta when the guard opened fire. Henry Masih was shot on Neck and arm.

He was immediately shifted to the FC Hospital for medical assistance, however doctors were unable to save his life , his nephews was  also wounded in the attack.

We demand that the government should take strong security measures for the Minorities of Pakistan.